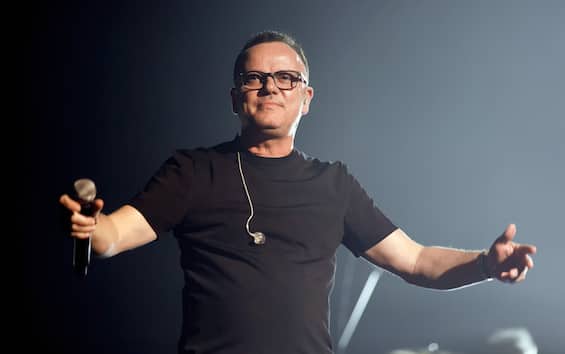 One more concert for Gigi D’Alessio on the evening of Monday 24 October in Genoa. The artist is one of the most successful Neapolitan singers ever. Exploded nationally between the nineties and the 2000s, Gigi D’Alessio has behind him a very long apprenticeship in Naples, between weddings and private events, which have contributed to making him the sensitive and humble artist who today many have learned to love. Over the years his music has become a symbol of love. Gigi D’Alessio’s songs are almost poems in music, with which the Neapolitan singer managed to conquer a very large audience. And it is certainly no coincidence that Gigi D’Alessio continues to be on the crest of the wave for over thirty years, continuing to make proselytes even among the very young. He recently celebrated his three decades of career with an event concert in a crowded Piazza del Plebiscito in Naples. The show was also broadcast on a national television network, just as proof that Gigi D’Alessio is a real Italian national-popular phenomenon that knows no borders. This is also demonstrated by the many tickets sold throughout Italy and the many sold-outs.

Gigi D’Alessio in concert in Genoa the lineup

The tour started from the Augusteo theater in Naples and represents the return to the scene of the Neapolitan singer after the two years of the pandemic. Even Gigi D’Alessio was forced to pause his concerts but this did not in the least affect the appeal and success of his career, so much so that when he returned to the scene he found the same audience, even more numerous. A success that reflects that of his records, the countless top positions in the standings, demonstrating that the Neapolitan singer continues to be one of the most loved composers and performers in our country. Gigi D’Alessio was able to review and innovate the neomelodic Neapolitan and it is impossible not to notice that his songs are a perfect mix of tradition and contemporaneity. For the Genoa concert tonight, Monday 24 October, no lineup was made official by Gigi D’Alessio, as happened previously. However, it is likely that it does not differ too much from previous concerts, in which the order of exit was more or less this:

After the date in Genoa, Gigi D’Alessio is expected in Varese and Rome. The other dates of Gigi D’Alessio’s winter tour are for now set in Turin, Bologna, Milan, Parma, Legnano and Biella where, for the moment, the closing of the tour on November 14th. It is not excluded that new dates may be added in the coming weeks.