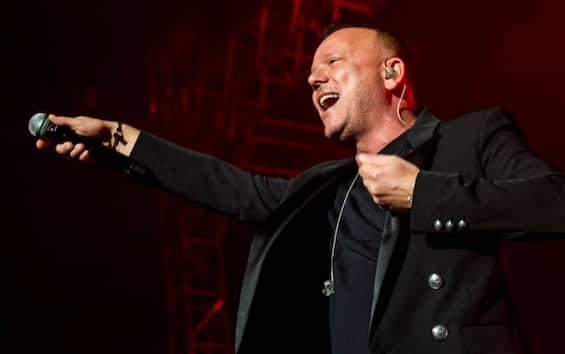 The Italian tour of Gigi D’Alessio, which this evening, Saturday 5 November, makes a stop in Turin. Another sold-out concert for the Neapolitan singer-songwriter, who for weeks has been touring the country from theater to theater with his concerts. There are already thousands of people who have presented themselves at the gates of the locations chosen by Gigi D’Alessio for his performances and also in the coming days, all the dates will be sold-out until the end of the tour. The Neapolitan singer-songwriter is one of the most followed in our country, as shown by both the tickets sold for his tour and the copies sold of his records, which know no crisis. There are still a few dates left before the closure of one of the longest tours so far, which for Gigi D’Alessio can be considered a success beyond all expectations.

Gigi D’Alessio in concert in Turin, the lineup

Gigi D’Alessio started his career from the bottom, singing at weddings in Naples. It is there that he began to make himself known, around the clubs of Campania where his performances were always in great demand. From there began his rise to the elite of Italian music, which gave him much more than a few satisfaction, as evidenced by the extraordinary success of the concert organized to celebrate his 30 years of career. A unique event in Piazza del Plebiscito in Naples, which saw the participation of thousands of people, who acclaimed him for his voice and his music, which went beyond the borders of the region despite the very geographical connotation of some songs, written and sung in dialect by Gigi D’Alessio, a proud continuer of the Neapolitan neo-melodic tradition. The artist has not disclosed the schedule of the tour, but and less than last minute changes, the order of release of the songs of Gigi D’Alessio will be the following:

After the sold-out concert in Turin, Gigi D’Alessio will make a stop in Bologna, Milan, Parma, Legnano and Biella, where the tour is scheduled to close on November 14th. At that point, Gigi D’Alessio will take a few weeks off before returning to tour next year with new concerts and new dates.