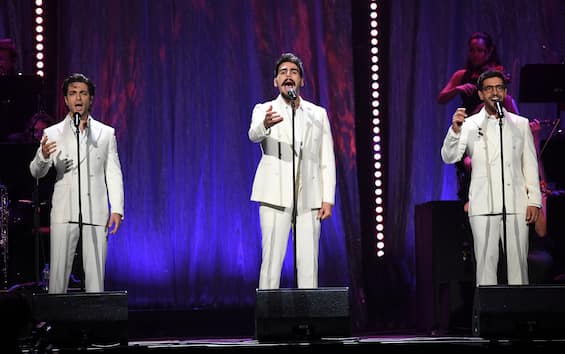 The “wonderful trio” de The flight continues its tour which is touching the main Italian cities. The ambassadors of our local culture in the world have organized an Italian tour among their commitments around the planet. Dates that have sold out in a very short time and that gives an idea of ​​the great hold of the singers on the Italian public. Il Volo had the ability to make modern and popular a type of music that was slipping into the maze of memories, forgotten by most and only appreciated by an adult audience. Thanks to their freshness, pieces that were thought to be lost have become topical again in a musical context that is not always simple or favourable.

Il Volo in concert in Turin, the lineup

They started off as three separate competitors in a Rai program for young voices and thanks to the director’s vision Roberto Cenci, Piero Barone, Ignazio Boschetto and Gianluca Ginoble have been united within a trio that has depopulated in Italy and in the world. This is also demonstrated by the fact that the three boys were the first Italians to sign a contract with an American major, which traditionally is not inclined to artists from our country. That of the three boys was a meteoric rise, their voice has struck both insiders and non-experts. Although many years have passed, over 10, since their debut on stages all over the world, Il Volo seems not to have lost its appeal to the public. Barring last-minute changes, the lineup for tonight’s concert, Thursday 15 December, should be as follows:

Few but significant dates for the Il Volo trio, which after tonight’s date in Turin, on Saturday 17 December will perform at the Forum of Assago at the gates of Milan and then on December 23, close to Christmas, it will be in concert at the Palazzo dello Sport in Rome.