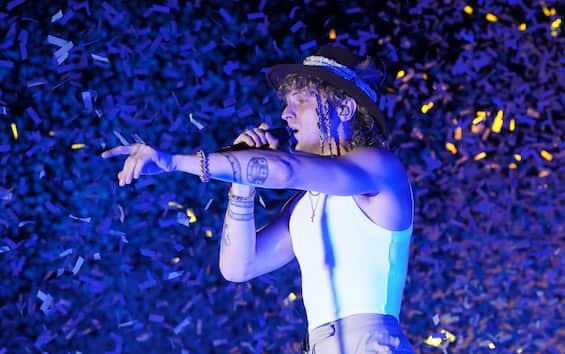 The tour of Irama, which this summer is touring the whole country with a very long series of concerts, which are touching the most important cities and the most crowded tourist resorts. Tonight, Monday 8 August, Irama will perform in Alghero, at the spectacular Maria Pia amphitheater, in front of thousands of people. This too, like other tour dates, sold out, a sign that the audience following the singer is eager to dance to his melodies. Despite his young age, Irama is one of the most followed songwriters and has an audience that, although it is made up mostly of young and very young people, also has more adult fans, who are passionate about his melodies. After the Sanremo festival, his popularity increased further and, although he did not triumph, his song was one of the most listened to by him after the Festival.

Irama in Alghero, the concert lineup

In the splendid setting of the city in the province of Sassari, Irama is preparing to go up on stage to perform a rather long and demanding lineup that includes almost 30 tracks chosen from his musical production. In fact, even if he is very young and does not have a particularly long career behind him, Irama is very prolific in production and many of his songs are chart hits sung and known by all. The selection of songs made by Irama for the set of Alghero and the other concerts is a real ups and downs of emotions and vibrations, between high intensity songs and others more melodic, which bring out the most romantic character of the singer-songwriter. Starting from the school of Amici di Maria De Filippi, Irama belongs to that generation of songwriters who want to express his emotions through music, managing to involve his audience in this journey, which is literally overwhelmed by the energy released by the singer during his concert. Alghero is one of the most popular summer destinations in our country, also frequented by numerous foreign tourists and it is not excluded that his melodies cannot thus cross national borders. Net of some changes, the exit order of Irama’s lineup in Alghero should be this:

The tour of Irama

After Alghero, Irama will perform in Diamante, Catania and Agrigentoending the first part of his tour, the summer one, which will then resume in the autumn in clubs and theaters.