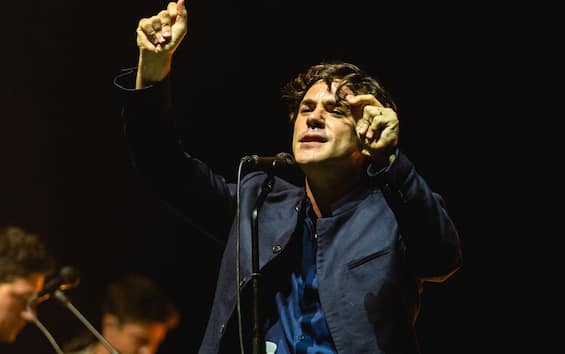 Giovanni Edgar Charles Galletto Savoretti, better known as Jack Savoretti, is returning to Italy with a series of new concerts. This evening, Thursday 12 January, you will perform at the Arcimboldi theater in Milan. His name betrays obvious Italian origins and this also explains why the British singer-songwriter is so tied to our country. His father Guido, in fact, as a young man decided to leave Genoa, where he worked as a seafarer, to move to the United Kingdom; his family history is deeply linked to our country, considering that his grandfather was a partisan, one of the authors of the liberation of Genoa from the Germans, and his role was so important that a street in the nearby municipality of Lavagna has been dedicated to him.

The Jack Savoretti concert in Milan

It is not the first time that Jack Savoretti has performed in Italy. Last year he planned 7 dates in our country, which should have originally been 6 but which then increased after the addition of Assisi. He has never hidden that he loves Italy and feels enormous pleasure every time he returns to our country, for work or vacation. The dates scheduled for these days in Italy are actually recoveries of concerts which, for health reasons, he was unable to perform. THE tickets have not yet sold out, there is still the possibility of buying tickets for the three remaining dates of the tour before the singer definitively leaves our country to continue with concerts in the rest of Europe, including one in Lugano , not too far from the Italian border in Lombardy. Barring last-minute changes, the lineup for the Jack Savoretti concert in Milan should be as follows:

After tonight’s concert at the Arcimboldi theater in Milan, Jack Savoretti is expected at the theater tomorrow, January 13 Europaauditorium of Bologna. Finally, the last Italian appointment is next January 14th at Verdi Theater in Florence. Subsequently, on June 16, he will be at the LAC, Lugano Arte e Cultura, a city to which he is linked having spent his school years here.