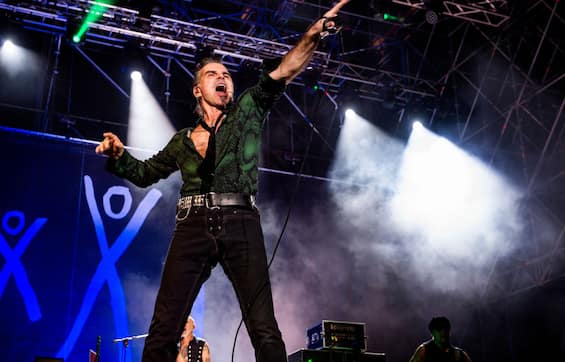 After over 40 years of honored career, i Litfibathe band led by Piero Pelù, has decided to retire from the stage. However, there are still some concerts where it will be possible to see the group live. For the uninitiated, the name Litfiba it is the union of several acronyms of the hypothetical telex address (communication system used in the twentieth century) of the band’s rehearsal room. The idea is the work of Ghigo Renzulli, one of the founders of Litfiba, who has always been passionate about telex communication, has managed to derive a name. There L is the fixed system call code, while IT it stands for Italy, their country of origin. FI stands for Florence and, finally, BA for Bardi which refers to Via de ‘Bardi n. 32, the address of the rehearsal room.

The Litfiba in Lecce: the possible lineup

Tonight, Thursday 18 August, the band returns to perform live five days after the concert of Alghero of 13 August, held at the Maria Pia Amphitheater. The Apulian stage will be theOverSound Music Festival, for the occasion sold-out to best honor one of the last appearances of Litfiba. The show will last about 2 hours and the band will sing their biggest hits, including of course Queen of Hearts. Therefore, we are going to list the lineup of the event which, as usual, could also include some last-minute surprises:

The next events of Litfiba

After tonight’s performance, Thursday 18 August, in Lecce, Litfiba will continue theirs Last Tour Group 2022 until the end of the month with four other dates. The concerts are all sold-out except the last one scheduled for Tuesday 30 August in Sanza, a village in the province of Salerno: