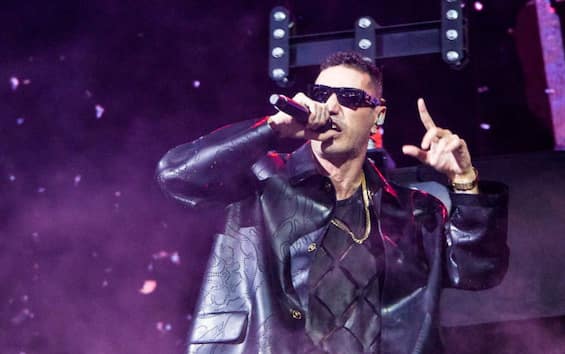 Marracash continues on his autumn Italian indoor tour, which tonight 7 October will see him playing in Bari. Marracash’s following is huge and the thousands of people who crowd the gates at every concert of the rapper prove it. Marracash is one of the leading exponents of Italian rap culture, one of the most followed and loved since the beginning. His was an extraordinary career, not lightning fast but still fast, as evidenced by his early successes. Marracash was able to intercept a slice of the public that up to that moment did not have a reference singer and made him loyal, conquering his sympathies and tastes.

Marracash in concert in Bari, the lineup

The repertoire of Marracash is very wide, despite the fact that the genre chosen by the rapper is always the same and has never had extensive digressions. The public has learned to love him and know him precisely in his line of loyalty to that style. Marracash looks to an international world and is constantly evolving with his style and his verve, and it is perhaps also for this reason that he has been able to establish himself on the Italian scene. Among the rappers, Marracash is considered one of the most “top” in terms of sound and music quality, but also in terms of lyrics, his music manages to strike deep chords of the audience. In the realization of the ladder for the autumn concerts, Marracash has been able to masterfully alternate recent and less new songs, proposing the songs that most of all have won success and also those of niche. A way to meet the tastes of all fans, who ask him to alternate songs between the more commercial and the more niche ones. Marracash did not release the lineup of the Bari concert but it is likely that it is similar to all the others that have been performed on previous dates:

The new dates of Marracash

After Bari, Marracash is expected in Catania, Casalecchio di Reno and Florence. Most of the concerts are sold out and those still available have few remaining tickets.