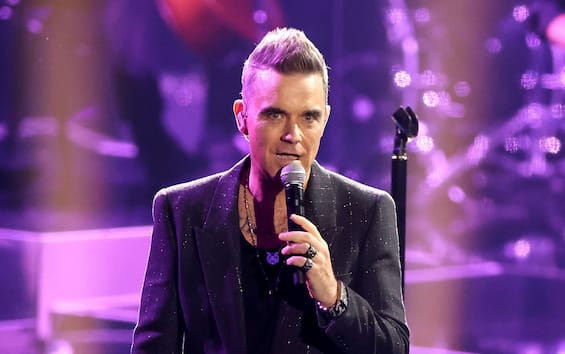 Undisputed symbol of an entire generation that grew up between the 90s and 2000s, Robbie Williams is the emblem of English pop, a myth that continues to receive great acclaim as demonstrated by the many concerts organized for the European tour which will also touch Italy. First with Take That, then as a soloist, there is no doubt that Robbie Williams has captured the attention of the public for almost two decades, also establishing himself as a sex symbol of an era. On the evening of 20 th January and the next one for the singer will open the doors of Unipol Arena in Bologna, where and will perform in front of an audience in fibrillation. Robbie Williams had been missing from our country for many years and this return was awaited and longed for by thousands of people, who started a real ticket hunt, despite the prices not being so popular.

Like many of his colleagues, Robbie Williams also kicked off this tour to promote his new record work, the first after the pandemic. The Coronavirus has also blocked his work and the return to the stage represents a new form of normality that has finally been conquered. Robbie Williams’ concert lineup is a musical journey english pop from the nineties to the present day through the songs that made the singer famous. There are many hugely successful songs, many of which have often been at the top of the world charts for weeks and weeks. The warm and enveloping voice of the ex Take That was the soundtrack of many love stories, born and finished with the notes of his music. This is the lineup announced for the Robbie Williams concerts in Bologna, which could still undergo some changes in the release order:

On Friday 20th, Robbie Williams will perform for the first of two concerts from Bologna. The second is scheduled for Saturday and then he will continue the European tour which will keep him busy until the end of March. After a break of a few weeks, therefore, he will return to the stage for the summer session of the tour which includes participation in numerous music festivals held throughout the summer in Europe.