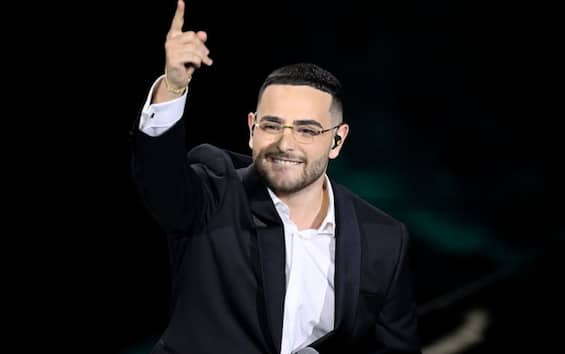 Rocco Hunt is one of the young Italian rappers and songwriters who in recent years has managed to emerge in the complicated panorama of Italian music. It would be reductive to consider Rocco Hunt only for the well-known summer “catchphrases”, given that the repertoire he has at his disposal is quite wide. Rocco Hunt is the new face of Neapolitan music, of which he retains the brilliant soul, both in the lyrics and in the music. But the “Urban Poet”, as Rocco Hunt is also called, has also explored other forms of art, such as acting, for which he has proven to be quite gifted. The strong expressiveness of the singer-songwriter is one of his trump cards, as well as the ability to be extroverted once he gets on stage, where he manages to establish a relationship with the public who rushes to listen to his songs. This evening, Tuesday 11 OctoberRocco Hunt will be on stage in Florence for a recovery date.

Rocco Hunt in concert in Florence, the lineup

The Florence concert is not the only one recovery date for Rocco Hunt. In fact, the tour that the singer has been undertaking since last summer was originally scheduled for 2020, then moved to 2021 and finally postponed definitively to 2022 due to the Covid pandemic and the restrictions imposed on music in the previous two years. Rocco Hunt’s repertoire is dynamic and rhythmic but the joy of the singer-songwriter must not be misleading, because if you stop and listen to the words of his lyrics, in many cases you can see important social complaints. And this is perhaps one of the characteristics we like best about Rocco Hunt’s music, who manages to bring to music, without too many dramas, the discomfort experienced by his generation, especially in the most difficult areas of Italy. Even if Rocco Hunt has not released the official lineup of his concert in Florence, it is presumable that the order of release of the songs is the same or, in any case, very similar to that of the previous events:

The dates of Rocco Hunt concerts

After the appointment in Florence, Rocco Hunt will play in Padua, Turin and Brescia, which will be the last date, so far set for the October 23. The possibility that Rocco Hunt can expand his calendar with new dates for next winter has not yet been defined.