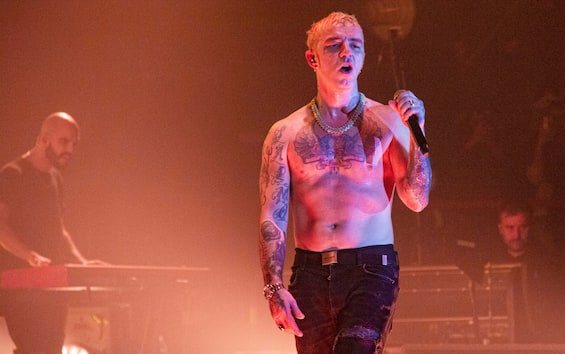 The Flop Tour of Psalm arrives this evening, Friday 16 December, at the Brixia Forum in Brescia. Here’s everything you need to know.

Psalm in BRESCIA, the info

Psalm concert at Brixia Forum of Brescia will begin at 21. The rapper will be accompanied on stage by Le Carie, the band composed by Daniele Mungai aka Frenetik on guitar, Jacopo Volpe on drums, Marco Azara on guitar, Davide Pavanello aka Dade on bass and Riccardo Puddu aka Verano. Difficult to get tickets since the event, like many other’s Flop Touris long sold out. After tonight’s date, there will be the last stage of 2022 in Turin on the 18th.

Psalm at the BRIXIA FORUM, the ladder

The lineup proposed this evening will also see the live debut of the songs taken from Psalm Unplugged (Amazon Original), the special released on October 3 on Amazon Music Italia. “I think it’s one of the most beautiful things I’ve participated in in all these years of live music” Salmo explained to Corriere Adriatico. “Me and the boys recorded everything live in Sardinia, with an unprecedented formation. It was amazing”. The probable lineup of Salmo for the Milan concert could be the following: