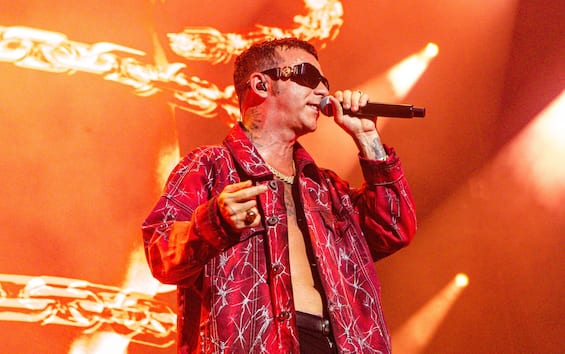 The rapper’s tour continues Psalm, which this evening, Tuesday 22 November, will be in concert in Padua. The Sardinian rapper is on tour to promote his new record, which is enjoying great success both among his fans and among the enthusiasts of this genre of music, who are increasingly numerous in our country as well. Among all the exponents of Italian rap culture, Salmo is considered one of the most interesting, both for the type of content and for the sounds that he manages to create with his songs. And it is no coincidence that he has such a large and constantly growing following.

Psalm in concert in Padua, the lineup

These last few years have been very prolific for Salmo, who has managed to compose countless successful songs. It is in its golden age and it is now impossible to know if it has reached the peak of its parabola or if it still has room for growth but what is certain is that at this moment it is among the most followed and appreciated, also thanks to important collaborations that have led him to extend his audience even further. In drafting the ladder for the autumn tour, Salmo had to find a necessary balance between the songs in promotion and those that have given him success in recent years. Not a simple compromise, considering that the Sardinian rapper has a very demanding audience that doesn’t want to give up the songs he is most fond of. The probable lineup of Salmo for the Padua concert could be the following:

After Padua, Salmo’s Flop tour will move to Bologna, Livorno, Rome, Bari, Eboli, Pesaro, Milan. The last date is scheduled in Milan on December 12th. For the moment, no new dates have been indicated and the summer tour is still under construction, but surprises are not excluded.