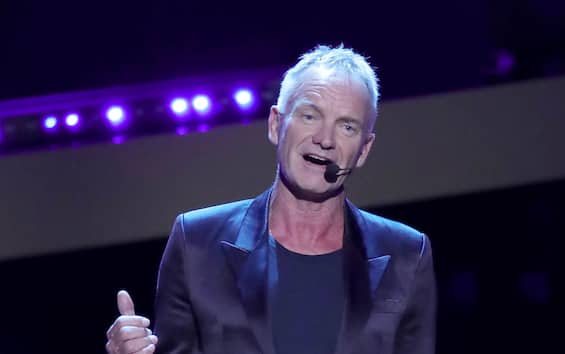 Long last Sting arrives in Italy and tonight, Tuesday 25 Octoberwill perform at the Mediolanum Forum of Assago in the context of his world tour. Tickets for the Sting concert near Milan sold out in a few hours, as was to be expected given the caliber of the artist, who is one of the most important exponents of world music still in business. The wait is high and the expectations also for the concert that should have been held in 2020 but which, due to the Covid pandemic, has been postponed several times until today, when finally Sting fans will be able to enjoy the performance from alive of the singer, who is ready to bring his most important hits to the stage and also the songs from the latest album, released three years ago, in 2019.

Sting in concert in Assago, the lineup

Sting is one of the artists with the largest musical production and, above all, one of those who can boast more success in his game bag of songs. His name is a guarantee of musical quality and emotions all over the world, as evidenced by the millions of fans around the planet who flock every time Sting organizes a concert. The My Song Tour was born in 2019 in support of the singer’s latest album, released on May 24 of that year. The first part of the tour, which ended in November 2019, went on regularly then, however, the pandemic changed the singer’s plans, who should have resumed the tour in March 2020. Two years have passed since that moment. but finally Sting was able to return to the stage and arrive in Italy. Net of impromptu changes, Sting’s lineup at the Assago Forum should follow this order:

Milan is the only Italian date for Sting, who will fly to the Czech Republic immediately after the concert. Postponed the concert in Bratislava, the singer is then expected in Croatia, then in France, Switzerland, the Netherlands and Germany, before leaving the United Arab Emirates.