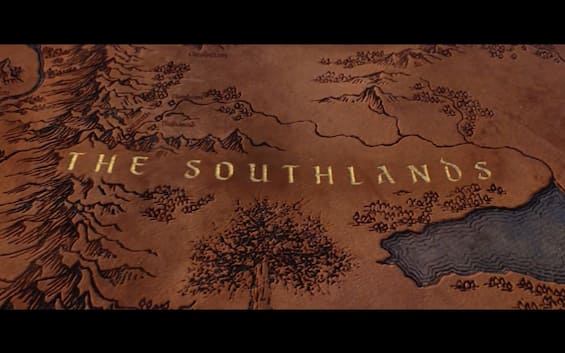 The march continues at a decisive pace towards September 2, the day in which it will debut on Amazon Prime Video, also visible on Sky Q and via the app on NOW Smart Stick, the first season of The Lord of the Rings: The Rings of Power. The production shared on Twitter a new featurette showing another corner of Middle-earth from the Second Era: the Southlands.

What are the Southlands

The video opens, as it did for Númenor, with a map indicating the position of the region. Comparing this piece of map with that of Middle-earth from the Third Age, the lands are located south of Mordor. The following images show a fertile land and a rural civilization, with peasants intent on working the land (who will then be turned into slaves by Sauron). In the video you can also see a tower, Ostirith, which should be the same one already seen in the various trailers already released in the previous months.

The featurette tells the story of this land and the men who live there through the voices of the actors. These are people who have been influenced by the forces of evil and live in misery. Some elves, such as Arondir (Ismael Cruz Córdova), watch over them. You can see the video below.