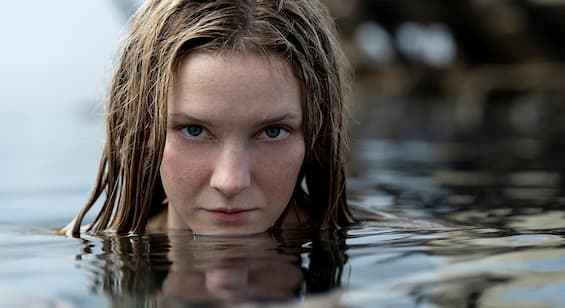 It was 2001 when it was released in theaters The Lord of the Rings – The fellowship of the ring. The film of Peter Jackson, awarded four Oscars, forever changed the representation of the fantasy genre on the big screen. And now The Lord of the Rings: The Rings of Power promises to do the same with regard to television series. Eight episodes airing on Prime starting Friday 2 September that will transport us to a magical, wonderful and dangerous world based on the novels of JRR Tolkien. A distant era in which great powers were forged, mythical kingdoms ascended to glory and fell into ruin, heroes with a few stains and a bit of fear were put to the test, while the hope of salvation grew thinner and a terrifying threat risked plunging the whole world into darkness. Set in a period of relative peace, the series follows a group of characters, some already seen in the cinema, others new, as they prepare to face the feared return of evil in Middle-earth. From the most twilight depths of the Misty Mountains to the towering forests of the elven capital of Lindon, from the marvelous island of the kingdom of Númenor to the most inaccessible places, the epic of these imaginary kingdoms, of these fantastic characters will build a legacy that will survive far beyond their time.

“Three Rings to the Elven Kings under the shining sky, Seven to the Princes of the Dwarves in their stone fortresses, Nine to the Mortal Men who sad death awaits, One for the Dark Lord locked in the gloomy palace. In the Land of Mordor, where the Black Shadow descends. One Ring to rule them, One Ring to find them, One Ring to bring them all and in the dark bind them. In the Land of Mordor, where the dark Shadow descends. “S.it is these verses, taken from a legendary elven poem, that introduce us to a feast for the eyes set thousands of years before the events narrated in The Hobbit And The Lord of the Rings by JRR Tolkien (transported to the big screen in the two trilogies signed by Peter Jackson). And the monstrous budget made available for the series (we are talking about 58 million dollars per episode) is seen in every sequence, between waters infested with a sea worm more lethal than Moby Dick to the fireflies that light up the night, from the mysterious being rained down from the sky to the Pelopiedi, the mountain hobbits with their wood-like cities. So much so that it seems to witness a blockbuster film divided into chapters rather than a product designed for TV in the face of such attention to detail. But you know, perfection lies in the details.

The Lord of the Rings: The rings of powerthe cast

The cast of The Lord of the Rings: The rings of power it is a sort of populous orchestra in which everyone masterfully does their part. However, in these first two episodes the figure of Galadriel stands out, an aristocratic Elf of Middle-earth, In the cinema she had the diaphanous face of the talented Cate Blanchett, in the series we find her much younger, played by Morfydd Clark, a girl with an iron will who wonders about the Archimedes principle, that is why boats float and stones sink? But above all a strong-willed and even bitter warrior, aware that Evil will make her the terrifying return of her. However, like Cassandra, no one seems to give her credit. There is another known acquaintance to keep us company. This is the noble Elrond. In the film trilogy, it was Hugo Weaving who took on the role of the beautiful-looking elf. Here, instead, we find Robert Aramayo, an English actor already at ease with fantasy (he was the young Ned Star of game of Thrones) with a very square jaw. Celebrimbor (Charles Edwards), the brilliant blacksmith of the elven race, creator of the rings of power, could not be missing. The side most inclined to the comedy genre is worthily represented by Durin IV (Owain Arthu), Prince of the dwarven city of Khazad-dûm and by his kind wife, Princess Disa (Sophia Nomvete). The romantic side of the series, on the other hand, is revealed, through the forbidden love between the forbidden love story between the sylvan elf, Arondir, (Ismael Cruz Còrdova) and Bronwyn, played by Nazanin Boniadi, apothecary and healer, belonging to the race Human.

The Lord of the Rings: The rings of powerTolkien for Everyone

Already from these first two episodes, The shadow of the past And Adriftdirected by JA Bayona and scripted by JD Payne And Patrick McKayit is understood that The Lord of the Rings: The Rings of Power, intends to appeal not only to Middle-earth regulars or Tolkien’s loyalists. The bet, won, is to combine poetry and spectacle. After all, the series deals with universal themes and the myths, as Sallust teaches, are “those stories that never happened, but always are. As the peculiarity that has always distinguished, more or less all the inhabitants of the globe,” the human race more than anything power desires. ”But one must always fear what one desires.