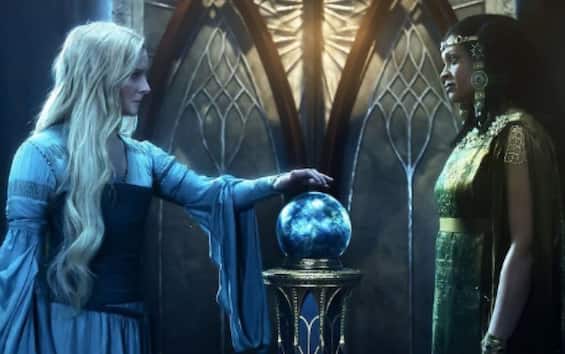 The Lord of the Rings: The Rings of Power exceptionally arrives at the cinema

To further publicize the TV series, the production has decided to broadcast the first two episodes of The Lord of the Rings: The Rings of Power directly to the cinema. About that, Cinemark has created a special page for the event, where he announced that from Monday 22 August tickets will be available to attend the opera. The reservation, reserved only for members of Cinemark Movie Rewards, also includes a $ 10 snack. In addition to the United States of America and Canada, the first two episodes will be broadcast in some cinemas in the United Kingdom, Ireland, Australia, New Zealand, Argentina and Colombia for a total of about 200 locations involved around the world. With this decision, Amazon hopes to take a big leap in terms of ratings, also calculating the huge budget spent to create the work, which amounts to over 400 million dollars. According to Stuart NashMinister of Economic Development and Tourism of New Zealand, The Lord of the Rings: The Rings of Power it will be “the greatest TV series ever made”. After the airing of the first two episodes, the platform will release one episode a week every Friday, for a total of eight episodes to close the first season.

The films on The Lord of the Rings

The saga of The Lord of the Rings it was one of the most important in the history of cinema. Just think, in fact, that the final chapter of the trilogy The Lord of the Rings – The Return of the King won 11 Academy Awards. Later, the franchise expanded with a prequel trilogy called The Hobbit. In this regard, let’s remember all the films about it in chronological order: