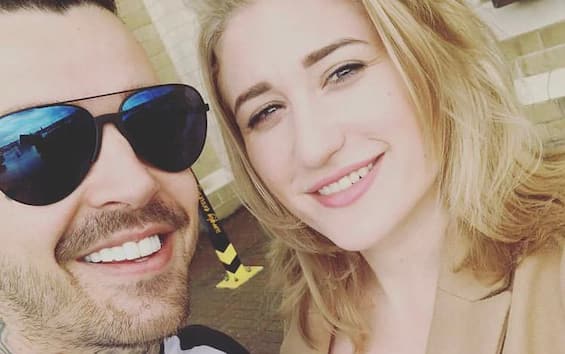 It seemed to be love but instead it was a gig. Yet Tony Garnett, a 29-year-old security guard, in the story with Sofiia Karkadym believed in it to the point of leaving his wife and children. The 22-year-old Ukrainian refugee had entered her life because she was fleeing the war and last May she was hosted by Tony and her partner Lorna in their home in Bradford where the two children of the couple formed ten years ago also grow up.

It took ten days to turn their lives upside down. The two moved to another house, giving life to a soap opera documented by the British tabloids episode after episode. Earlier Tony Garnett had said that the relationship with Lorna was already at an end. Then from the past of the refugee, stories emerged that saw her “trafficker in term papers”. Again, a few months ago, her announcement that due to the media coverage he had lost his job and closely what she had discovered that she had a disease that could soon make her blind. And again the economic difficulties, the announcement that they would welcome a young war refugee and finally the love song that he would write for her ex.

He would leave her on her birthday

The coup de théâtre is inevitable in this script: the two would have left, indeed, it is he – reports the Mail online – who has pushed her away, after calling the police, because “she does not know how to manage her relationship with alcohol and she even let herself go to vandalism by stabbing a wall “. A place that aired during Tony’s birthday party. And as the soap episodes end, all that remains is to add the word “continue …”.