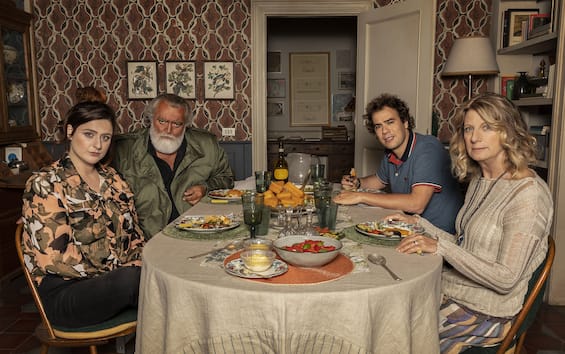 The trailer for “Il Mammone”, a funny comedy that tells the story of the Bonelli couple, struggling with an adult son who is far too attached to his parents, has been released. Based on the original story and on the film “Tanguy” directed by Etienne Chatiliez and written by Laurent Chouchan and Etienne Chatiliez, the film – directed by Giovanni Bognetti – stars Diego Abatantuono and Angela Finocchiaro as Piero and Anna Bonelli. Andrea Pisani plays his son Aldo, while Michela Giraud is Amalia, a character who will meet the Bonelli family on her journey.

The ancient Japanese proverb “When you are a mother you are forever” is a mantra in the Bonelli family. Aldo, the only son of Piero and Anna, despite his 35 years of age, economic independence, a brilliant academic career as a university professor and countless job opportunities abroad, still lives happily at home with his mother and father. But one day the parents realize what they never would have thought: they can’t stand it anymore. A real cold war begins at home, in which the Bonellis try to emancipate Aldo and put him at the door with every means at their disposal. The boy, however, has unexpected resources and is not the type who gives up easily.