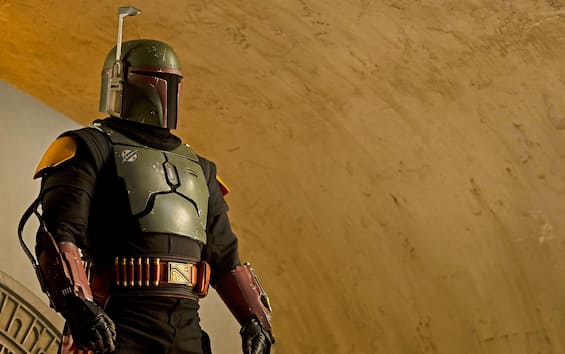 In March on Disney + (also visible on Sky Q and through the app on Now Smart Stick) will arrive the third season of The Mandalorian and recently it is the new trailer is online which reveals new images, curiosities and some surprises that fuel the curiosity of fans and the media. Grogu and Din Djiarinplayed once again by Pedro Pascal, are ready to live a new adventure in the galaxy far, far away by facing new threats and meeting new characters who will leave their mark.

The Mandalorian 3what is it about?

In the third season Of The Mandalorian we find Din and Grogu after the events of the series The Book of Boba Fett. The two travel across the galaxy of Star Wars between the planet Mandalore and the planet Coruscant. In The Book of Boba Fett we saw Din reunite with Jedi warrior Grogu after a time when they had been separated due to force majeure. In The Mandalorian 3 the two return to travel together directing their ship to Mandalore to try and restore Din’s honor. The video shows a group of Jedi warriors wielding lightsabers and creatures like Anzellan and Grogu demonstrating extraordinary Force powers.

The Mandalorian 3: a new power for Grogu

Pedro Pascalcurrently also the protagonist of the series The Last of Us aired on Sky and NOW, returns as the galaxy bounty hunter, along with Carl Weathers, Giancarlo Esposito, Kate Sackhoff reprising their roles they had in previous seasons of the series. Weathers is the leader of the bounty hunter guild Greef Karga, while Esposito is the villain Off Gideon and Sackhoff the Mandalorian woman Bo-Katan Kryze. It has also been confirmed that there will be a cameo from Christopher Lloyd. The cast will also include Amy Sedaris, Omid Abtahi, Bill Burr, Timothy Olyphant, Rosario Dawson and Titus Welliver.

The series The Mandalorian

Created by Jon Favreau, The Mandalorian is one of the most popular series of the universe of Star Wars which recently launched that on Obi-Wan Kenobi, Andor And The book of Boba Fett who have helped to tell the universe from various points of view. Favreau also wrote and directed several episodes of the series, but in this third season an episode will also be directed by actor Carl Weathers.