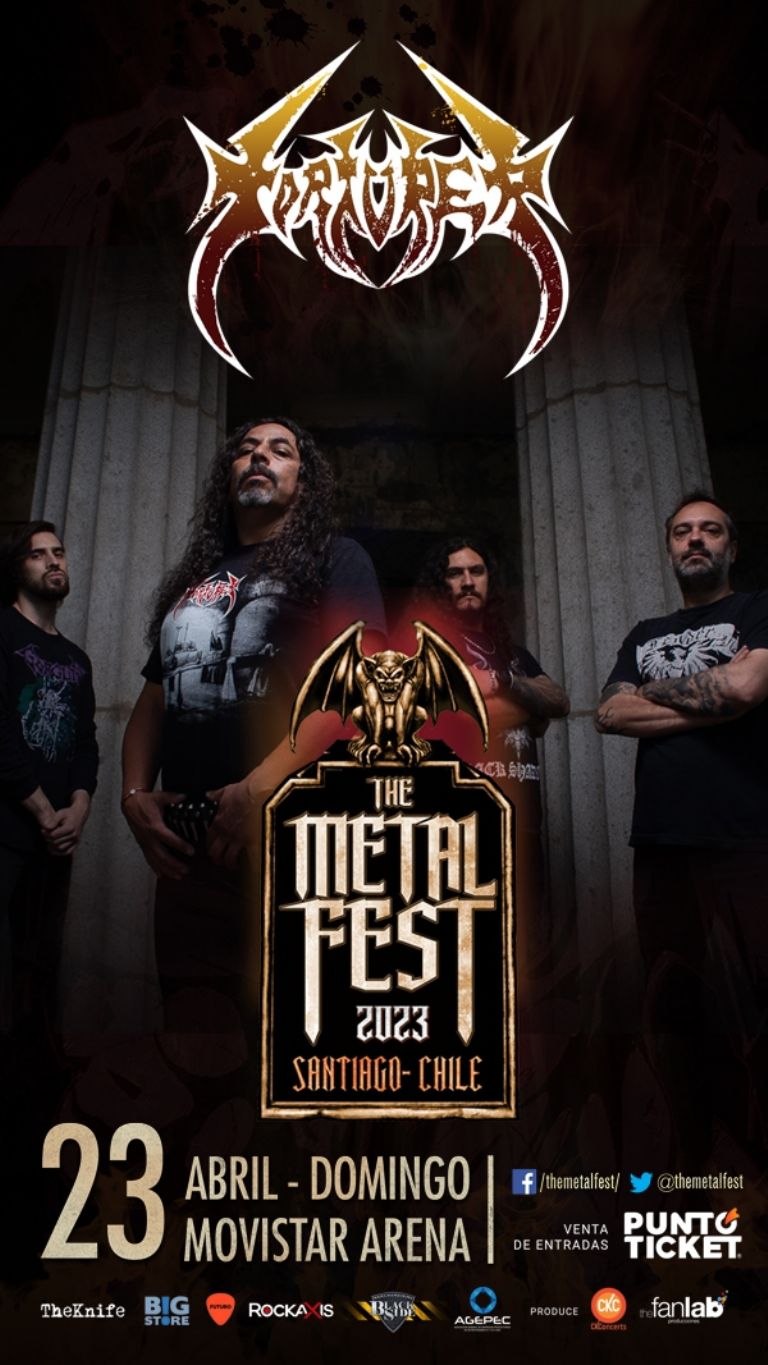 Through the program YouTube MetalChef Chilethe first band confirmed in the national lineup of the long-awaited new edition of The Metal Fest. torturera group with more than 30 years of solid experience, will arrive at the largest metal meeting in Chile to make their followers vibrate, on Sunday, April 23, 2023, at the Movistar Arena. Tickets available at PointTicket.

The successful Torturer is made up of Francisco Cautinon bass and vocals; Francisco Garceson guitar; Rodrigo Zunigaon battery and JT Garcia, on guitar. Since its birth in 1989, the band has developed a notable career, which has more than 10 albums released globally. In these years, and thanks to their powerful musical project, they have become the Chilean bastion of death thrash metal, with influence in the rest of America and also in Europe.

“Demo 91” it was the debut of torturer on the national scene. 30 years later, and inspired by the country’s social resurgence, they released the single “Kingdom of the Dark” as a commemoration. With “Demo 91”immediately caught the attention of the record label, being Infest Records of France the label that was interested in releasing their first full-length album called Oppressed by the Force.

It was precisely this album that was responsible for the space gained internationally, where even the specialized magazine Metal Hammer cataloged the band with “a rage, aggressiveness and fury, comparable to that of Sepultura or Possessed”.

Consolidated as one of the main metal forces in the continent, torturer arrives at the poster The Metal Fest to get on stage with the international guests already confirmed: creator, Testament -with Dave Lombardo on drums-, Stratovarius and Benediction.