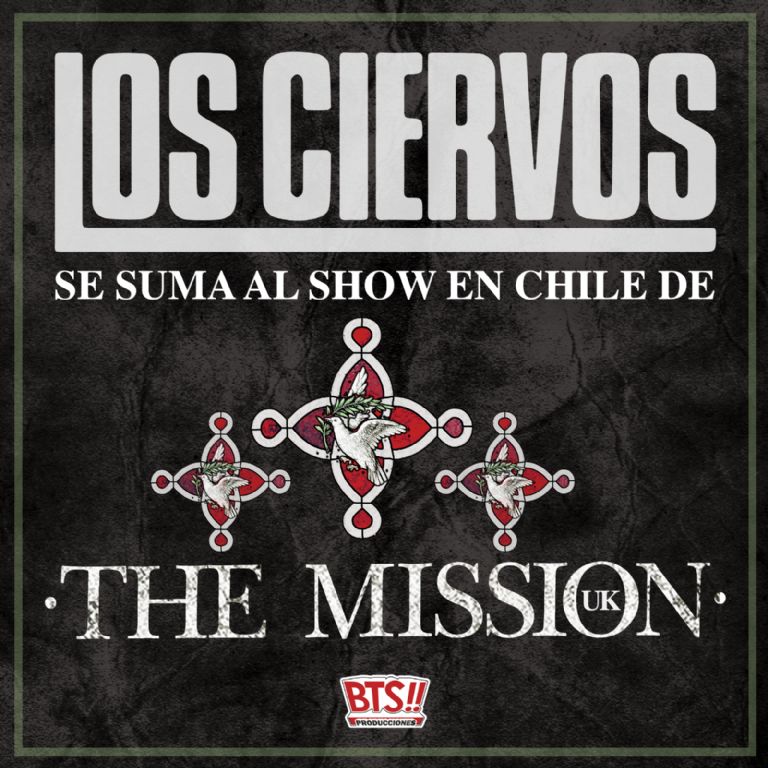 The Mission, emblematic band of the gothic movement in the United Kingdom, confirmed their visit to our country for next October 21, the date on which they will share the stage with Los Ciervos.

This long-awaited show will take place in Chocolate Club starting at 9:00 p.m., which will be part of his world tour Let wowwhich made them tour practically all of Europe, the United States and which will also take them to the main cities of South America.

Headed by the legendary Wayne Husseythe quartet already has eleven studio albums, the last being Another Fall from Grace from 2016. From all that material they will choose their greatest hits for this reunion with their fans, where they will take the opportunity to celebrate their 35 years of existence.

The opening of the show will be in charge of the deera group that moves within eighties and nineties sounds from both the Spanish-speaking and Anglo-Saxon worlds.

Formed by Pedro Pablo Silva, Sebastián González, Aníbal Hernández and José Luis Saavedrabeside Paula Rojas as a keyboardist in their live shows, they released their debut album Heights in 2021. This work was released after two years of composition, with Paul Giadach in production and Francis Holzman in mastering.

Tickets are already on sale through Ticketplus. After the first presale sells out quickly, only second presale tickets are available at a value of $30,000 pesos. The day of the concert, the tickets will have a value of $35 thousand.
Entry will only be allowed with a mobility pass enabled.