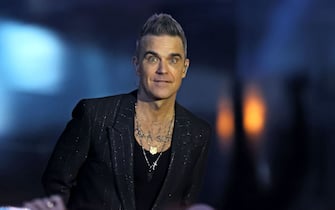 The 2023 of live music, a year characterized by the return to Italy of the biggest stars on the world scene, opens with Robbie Williams who will bring his XXV Tour, celebratory tour of his twenty-five-year career. The pop star will play at the Unipol Arena in Casalecchio di Reno

From pop to rock, remaining among the big names that made the music of the years between the 90s and 2000s unforgettable. In July, in the middle of summer, Damon Albarn’s Blur returns to the Lucca Summer Festival, exceptionally reunited for a new season of concerts

Blur in concert at the Lucca Summer Festival. The only Italian stop

The Maneskin will return to Italy with four dates of their world tour, in Rome and Milan in the second half of July with their Loud Kids Tour

Måneskin, the 30-minute backstage video of the American tour is released

Very eagerly awaited, as evidenced by the sales of tickets sold out in record time, Coldplay, who will play four dates in Italy, after an absence of several seasons. The British band will play in Milan and Naples

WATCH THE VIDEO: Coldplay, 7 curiosities about them

Even Tiziano Ferro is ready to embrace his fans who await concerts in stadiums postponed for two years due to the pandemic. The tour is TZN 2023 Tour

Among the global superstars who have decided to visit Italy again in 2023, Harry Styles who will bring his Love On Tour in Campovolo, at the RCF Arena

Harry Styles in concert in Italy: when and where

Among the big internationals expected in the Belpaese in 2023, the Boss Bruce Springsteen who in May has set three stages between Monza, Ferrara and Rome

Bruce Springsteen, revealed the names of who will open his concerts in Italy

Blanco arrives in the stadiums after a more than triumphal season. His live performances at San Siro and at the Stadio Olimpico in July are among the most awaited

Blanco, unveiled the dates of the concerts at San Siro and at the Olimpico in 2023

Tour divided between arenas, outdoor parks and stadiums (including the Olimpico in Turin and Rome) also for the Nuclear Tactical Penguins, around Italy in the middle of summer

2023 was an important season for Marracash, grappling with Marragedon, a mega event with two stages, in Milan and Naples, where he will host friends and artists on stage. Unmissable

Maroon 5 are the first great guests of Firenze Rocks 2023. The date is scheduled for June 18th at the Visarno Racecourse

On August 5th it’s up to Imagine Dragons who, at the moment, have fixed a single live in Italy at the Circus Maximus in Rome

Also Eros Ramazzotti, protagonist of the globally successful tour Infinite Beat World Tour, will arrive in Italy for the summer. His dates in the peninsula are concentrated in the first days of August at the Teatro Antico in Taormina

The Arctic Monkeys are one of the most popular bands of the I_Days 2023 at the SNAI racetrack in Milan. Alex Turner’s group is also expected in Rome at the Ippodromo delle Capannelle

Back from the live triumphs of recent years, Vasco Rossi will fill some of the most important stadiums in Italy. Vasco Live 2023 it will pass from the Dall’Ara to the Arechi

In Milan, on July 2nd, another unmissable opportunity for younger fans and those of the first hour to hear John Frusciante’s guitar live. The legendary musician will be on stage with the Red Hot Chili Peppers with the Global Stadium Tour