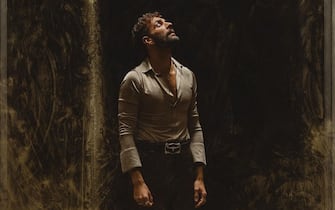 A highly anticipated album Matter (Earth) by Marco Mengoni. And now the next appointment will be in the stadiums, on June 19th and 22nd. Among all the choice falls on Change a Man

Marco Mengoni in search of himself in Materia (Earth)

Madame chooses to call the album with her name and she does well because it is an act of courage and trust. Mature, intense songs … the most fascinating is Babaganoush but the one to consume is Clitus

Madame, from Sciccherie to presenter: her story

Triple Platinum for Write her Dumb of the Nuclear Tactical Penguins. An ironic generational hymn that we will sing for … generations, in fact. And who knows what happened to the Harry Styles poster

Nuclear Tactical Penguins, Write them silly is also in vinyl

The is an absolute masterpiece Landscape after the Battle by Vasco Brondi. Lese majesty choose only one song but if it has to be you opt for Adriatic

Vasco Brondi, the landscape after the battle is a spiritual thing

He is accompanying us on the Jova Beach Tour at full speed. And therefore we can say that thanks to this energy Jovanotti has already brought us Spring. Pay attention to the graphics, the hand of the Shipmate guys might surprise us

Jovanotti after the boom comes the Beach Party

Dardust pushes the boundaries of electronics with the album Storm and Drugs. Seen live it is to remain hypnotized. From the tracklist I extract at random, like a lottery, and draw Without You

Dardust, brilliant and visionatio the Storm and Drugs Live

Marianne Mirage brings the mature into music. His album is immersive, it takes us back to the true roots of humanity. After listening we can say … I see in the dark

Marianne Mirage takes music to the next level

Viola Nocenzi has chosen to publish a book, Purple Thought, for a short time, therefore, she switched from keyboard to pen. In short, when it appears it is always The Event Horizon

Viola Nocenzi, between turmoil and the book Pensiero Viola

Valentina Mattarozzi is one of the most loved jazz artists in Italy. The voice is a constantly rising caress: listen to it Life of Miracles to believe

Valentina Mattarozzi makes you dream with The Life of Miracles: the video

Who has not been trapped in the Malibu of Sangiovanni? And soon it will bring the Butterflies. We are waiting for the Queen Bee who is already there but he has not yet grasped the charm of his call

Sangiovanni and Madame together in Perso nel Buio

Giulio Wilson with True Stories between Trees and Cats is the surprise of 2021. The whole album is to be listened to but if you want to understand what emotion is, focus on I trust

Giulio Wilson and his True Stories between Trees and Cats

Valentina Tioli is one of the purest talents to blossom at X Factor. His latest single is If You are with me but my favorite of 2021 branded by the voice of the Modenese artist is hourglass

It was not necessary to remark it in the title that with Coez’s songs it is easy Fly. An industrious and courageous album, the most varied in its history. A bit like browsing the … Margherita Pizza

And finally the mission is accomplished. That element that is vital for Negramaro and that they have never before been able to translate into song … now there is. Now I sing to you the Sea it is a milestone. And not just 2021. The same goes for Where I come from

Negrita rely on the unplugged formula stimulated by MTV and show that you can be rock even in a sweet way. Listen They will never come back

Negrita, they come out unplugged and the rock becomes soft

Values, love and life are the driving themes of Only Human Beings, the album of the Nomadi by Beppe Carletti. In the passage The Mark of the Star Player for the first time they speak of Augusto Daolio

The real selinita is Baby K, it’s her The Woman on the Moon that tells the world with joy and disenchantment. The song I love most from his latest work is Buenos Aires

Baby K and Francesco Bianconi together with Playa

Also this time Federico Zampaglione brings us close to poetry. It will remain in history The Smell of the Sea shared with Carmen Consoli

Danti takes us to the Space with Nek, it is a cathartic journey between earth and sky that takes just under 3 minutes but that you would like to be eternal

Danti and his cathartic journey into space with Nek

Call me was Malika Ayane’s second single taken from Malifesto. It’s a soft ballad with an electronic aftertaste, it is the snapshot of a love relationship still hanging despite the flow of time and distance. Accomplices Colapesce and Dimartino and Luca Serpenti

Malika Ayane falls into original sin with the Marimba

He involved Emanuele Trevi, winner of the 2021 Strega Prize, in the writing of Let’s get lost. It is the supernatural strength of Chiara Civello, recently out with Chansons: International French Standards

Chiara Civello leaves from Chanson to open the soul

The album is titled Home, the song Despite appearances. Talk about love, but in a special way. Another pearl of Pierdavide Carone

Pierdavide Carone takes us home between reflections and feelings

Vasco Rossi put his seal (also) on 2021 with the album We are here, a contemporary and inspired work. Let’s give ourselves A love story thrown away

Vasco Rossi presents We Are Here

In the year of the thirtieth anniversary, the Ridillo have shown that their music does not feel the signs of time. On the other hand I eat love it seems written this morning. To listen Star in this Party carried away by Bengi’s enthusiasm

Star in this Party, legs up with the Ridillo

Christmas it is, of all parties, the one with the greatest capacity to amplify emotions and make everything more alive and intense. And so Paolo Belli celebrates it by re-reading the homonymous piece by Francesco De Gregori in his own style

In your eyes is, for me, the single of the year by Francesca Michielin, the artist who most of all embodies the need for change of a generation

Francesca Michielin teaches you to swim in your eyes

I wanted to be a rock star it is often the story of a dream that never came true. For Carmen Consoli it is an album that tells the story of rock and the star, especially on tour. A Sunday by the sea is splendid, but the atavistic charisma of Magone Magone it is special

Carmen Consoli, the tour of someone who wanted to be a rock star

Mia Meneghini and Danilo Tasco are The French Fries. Take me beside you it is an incandescent pill of energy, with which the duo confirms to be a winning combination of multiple and eclectic styles, capable of performances with a wide range of styles with mastery and originality. The piece boasts the presence of Saturnino Celani at the bottom

The French Fries visionaries with Take me Beside You

Platinum record in just two weeks from its release: it is We, Them, the Others by Marracash. The single with feat by Gué Pequeno enters into this florilege of law ∞ Love

Marracash with Guè conquer all the charts with ∞ Love

The title of the album is Foam rubber and it is a perfect interpretation of contemporary society. Just listen The Afternoons according to Giorgio Poi

Giorgio Poi and a journey into a world of foam rubber

There Multiplex by Franco 126 has many and varied points of … listening. This is the time to focus on Dream Thieves

An album that is a prayer to life and humanity. Is titled V. Alessandro Mannarino’s latest work: it is difficult to choose a single song but when I have to, I opt for Sing

Alessandro Mannarino turns on the V, between places, thoughts and resistance