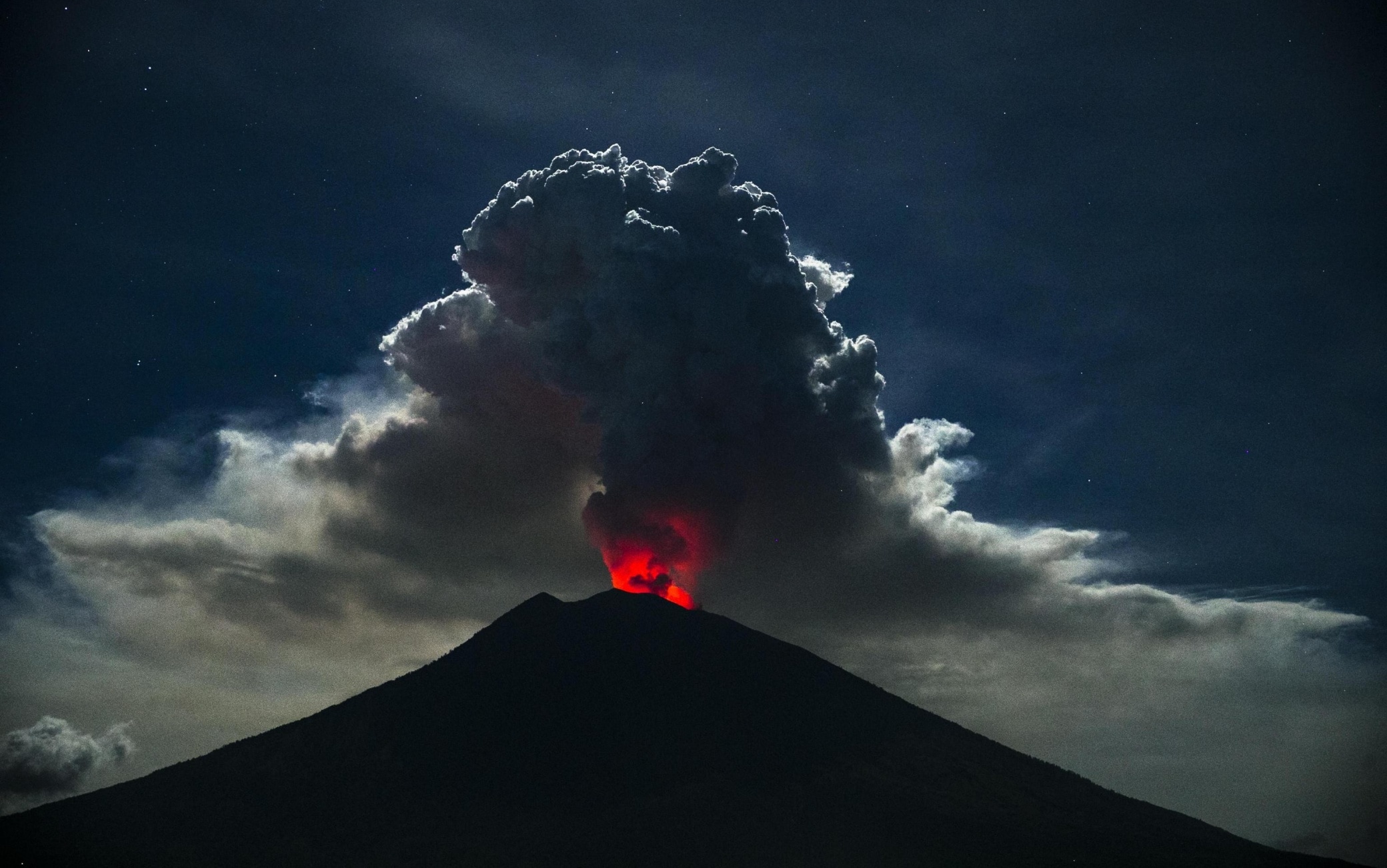 There are approximately 1,500 potentially active volcanoes worldwide, not counting the mid-ocean ridges on the ocean floor. About 500 of these have had eruptions in historical times and many of these are located along the coasts of the Pacific Ocean, in what is known as the Ring of Fire where about 75% of volcanoes are concentrated. of all the world. According to the National Institute of Volcanology, which reports these data, it is the most seismically and volcanologically active area in the world. It is a belt along which the limits of many of the tectonic plates run into which the outermost envelope of the planet Earth, that is the lithosphere, is divided.

A Time article, in 2018, dedicated a focus to the most dangerous volcanoes in the world. In assessing what several factors come into play, including the population density surrounding active volcanoes, the types of magma that emerge during eruptions, and the eruption history of each volcano. For example, an explosive volcanic eruption in a remote area is not as dangerous as one in a populous region that requires mass evacuations. And volcanoes that last long without erupting pose a greater risk of eruption due to the increasing pressure within them. Magma content is another way to assess the danger level of a particular volcano, as Stanley Mertzman, a professor of geosciences at Franklin & Marshall College in Lancaster, argues. Another factor is the level of silica, a compound that contributes to rock formation and affects the thickness of the lava. The presence of this element can indicate how dangerous an eruption can be because it tends to crystallize in chains cooling the lava, increasing its viscosity, in turn creating thicker magma that can cause a volcano to erupt in a more or less important way. Regions where volcanic eruptions can be deadly include Indonesia, the Philippines, parts of South America, and various volcanoes in the United States, according to the article.

Vesuvius in Italy has been a menacing figure since an eruption in 79 AD buried the city of Pompeii. Over the past 17,000 years, the volcano has gone through eight major explosive eruptions followed by large pyroclastic flows, according to the Smithsonian Institute’s Global Volcanism Program. The last known eruption of Vesuvius occurred in 1944. The Italian government has prepared several plans for a possible eruption in the future. At least 6 million people live in the vicinity of the volcano, also for this reason considered one of the eight most dangerous in the world.

It is a dormant stratovolcano located in Washington State, 87 km from Seattle. Also according to the Time article, numerous factors make Mount Rainier one of the most dangerous volcanoes in the United States. These include the height (4392 meters), the chemical composition, the proximity to the suburbs of Washington and the ability of the volcano to produce intense pyroclastic flows, lava flows and volcanic ash. The heat from Mount Rainier’s lava flows could potentially melt the snow and ice on the volcano, causing a rapid downstream flow of mud, rocks and debris called lahars. Huge lahars are the biggest risk posed by an eruption on Mount Rainier, which could affect more than two million people.

Located in Alaska’s Katmai National Park and Preserve, Novarupta volcano formed in 1912 during one of the world’s most important eruptions in the 20th century, spreading nearly 30 cubic kilometers of ash and debris into the air. Although the surrounding area surrounding Novarupta is not populous, the 1912 eruption formed a cloud of ash that deposited sulfur ash in southern Alaska and parts of Canada. After three days, people from the nearby town of Kodiak had experienced eye pain and breathing problems caused by the ash.

It is an active volcano on the island of Luzón, in the Philippines, on the border between the three provinces of Zambales, Bataan and Pampanga. It became known after a significant eruption in 1991 which was the second largest of the twentieth century, after that of Novarupta. On that occasion, 722 people died and today over 21 million people live within a radius of 100 kilometers, about 62 miles, from the volcano.

Mount St. Helens (Mount St. Helens in English) is an active stratovolcano located in Washington State, United States, on the Pacific coast. It is located in the Cascade Range and is part of the Cascade Volcanic Arc, a segment of the Pacific Ring of Fire that includes over 160 active volcanoes. The eruption of this volcano in 1980 was the deadliest and most destructive volcanic event in the history of the United States. 57 people died as well as thousands of animals and some 200 square miles of forest were destroyed. According to experts, the history of this volcano’s explosive eruptions indicates that other episodes are likely to occur in the future.

Mount Agung, or Gunung Agung, is an active stratovolcano on the island of Bali, Indonesia, of which it forms the highest point. In continuous eruption, it had its last major eruption in 1963, one of the most devastating in the history of the country. The eruption lasted 11 months, producing dangerous ash falls and pyroclastic flows that caused over 1,000 deaths and damage to the surrounding area. Ash feathers above the volcano were continuously observed throughout 2018, following an eruption in November 2017. The volcano is located in a region with a population of around four million people.

Japan’s famous volcano, it hasn’t erupted since 1707, when a large earthquake earlier that year likely triggered it. In 2014, experts reported that Fuji was at risk of another eruption following the 9.0-magnitude earthquake that hit Japan in 2011. According to the researchers, the quake increased the pressure under the volcano. If it erupts again, over 25 million people in the surrounding area could be affected. In Japan there is also Mount Aso, which is the largest active volcano in the country and is located in the prefecture of Kumamoto. Its last eruption dates back to 20 October 2021.

One of the most active volcanoes in Indonesia, Merapi has been erupting continuously for centuries. According to NASA, the greatest risk deriving from its activity is represented by pyroclastic flows that can spread over large areas and threaten people living in neighboring areas. The volcano erupted in 2018, sending plumes of smoke into the air and causing mass evacuations. Another eruption occurred in 2020. Over 24 million people live in the surrounding area.