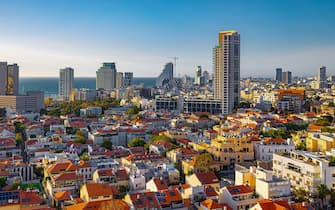 It is no longer Paris but Tel Aviv the most expensive city in the world. This was revealed by the latest survey by the Economist Intelligence Unit, the business unit of the Economist group that provides economic forecasts and consulting services through market research and analysis. In the latest edition, the Israeli financial center was located at the fifth position of the ranking here the 2021 list

The French capital is now al second place together with Singapore. Followed by Zurich and Hong Kong

The ranking of the safest cities: Tokyo in first place

They complete the top 10 New York (pictured), which is sixth, Geneva, Copenhagen, Los Angeles and Osaka

Covid: state of emergency in New York against Omicron variant

To find Rome, you have to go down to 48th place. Compared to the last edition, the Italian capital is dropped 16 positions, recording the greatest collapse due to the decrease in the prices of clothing and basic necessities

Elections in Rome: Gualtieri “The work to revive the city begins”

Berlin it is a little further down, in 50th place. Tehran (pictured), on the other hand, recorded the biggest leap going up by fifty positions and is now at 29th. According to the Economist, his climb confirms the impact of international sanctions on the cost of living, which in recent months had raised the Iranian capital from 106th to 79th place

The Economist ranking is based on the analysis of costs and services in 173 countries: 40 more than those examined in the last edition. Among the new entries there are also Edinburgh, which ranks 27th, tied with Auckland and Minneapolis, e Tripoli (in the picture). The Libyan capital is next to last

The latest data collected are affected byincrease in inflation which, writes the weekly, in 2021 rose by 3.5% on an annual basis. Even more than in 2020 and 2019 when increases of 1.9 and 2.8% respectively were recorded

The increase in prices is closely related to supply chain problems and at coronavirus related measures, which have limited production and trade

The sector that was most affected by the increase in inflation was that of transport, but also the costs for free time, personal hygiene and the tobacco. In this regard, the weekly notes that on average the price of a pack of branded cigarettes has increased by 6.7%