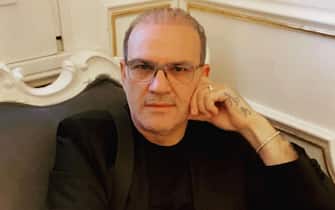 Gianni Celestepseudonym of Giovanni Grasso was born in Catania in 1964. He became popular thanks to TikTok: his song Tu Comm’a Mme it ended up in Spotify’s 50 Italia playlist because over 50 thousand users of the social network used it in their clips

Povero Gabbiano, the lyrics of the hit song by Gianni Celeste viral on Tik Tok

Vincenzo Pandettaaka Niko Pandetta, is one of the most popular neo-melodic and trap singers, born in Catania in 1991

Vincenzo Pandetta was overwhelmed by the controversy for having dedicated a song to his uncle Salvatore Turi Cappello, Catania boss at 41 bis

Tony Colomboborn Antonino Colombo, was born in Palermo in 1986.

Nino D’Angelo, his life and his career

28 March 2019 Tony Colombo married in Naples Tina Rispoli, widow of the Camorra boss Gaetano Marino, with a ceremony on which an investigation was then opened by the Anti-Mafia Prosecutor

Christmas Galletta was born in Messina in 1967. At the age of 6 he already had a strong passion for Neapolitan music, which led him to release his first album at the age of 12, Yes to my life

Toni Bruni, stage name of Antonio Signorino, was born in Palermo in 1931 and died in Naples in 2009. He was interpreter of the Neapolitan song and actor of the Neapolitan drama. He has participated in two editions of Un disco per estate: in 1974 with Who is nnammurato ‘and you and in 1975 with Sicilian cart

Naples, compensated for the woman filmed with her lover in a video by Gigi D’Alessio

Angelo Cavallaro was born in Catania in 1967. In 1981 he released his first record titled Gioia, but his first great success came in 1986 with the album Amami

Daniele De Martino is a neomelodic singer born in 1995, born in Palermo, very famous on YouTube. He too has shown, in some circumstances, closeness to the criminal environment

Gianni Vezzosi was born in Catania in 1970. His first album, Gocce di musica, was recorded in 1990, with the song Attimi which was a great success. On December 6, 2012, Vezzosi was arrested on suspicion of being the instigator of the attack of a friend of the ex-partner