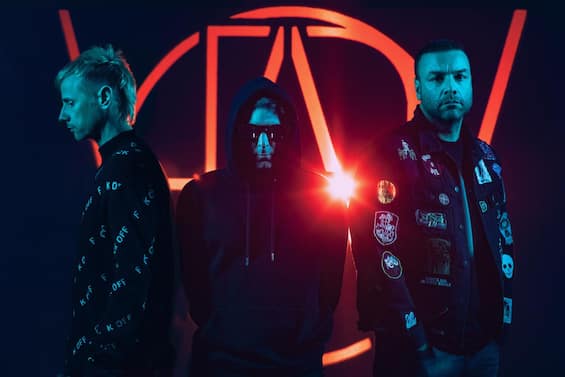 Less than two weeks after the release of the new album Will Of The People (which debuted at the top of the Italian album chart, the only international artists to have achieved this result in Italy in 2022 besides Harry Styles) here is the announcement that all the fans of the English band were waiting for: the new great show of MUSE finally arrives in our country, with two unmissable events of the Will Of The People World Tour which will see them as protagonists on July 18, 2023 at the Olympic Stadium in Rome and the July 22, 2023 at the San Siro Stadium in Milan.

The world tour will also stop in the UK, as well as in Austria, Holland, Germany, France and Switzerland and will touch the most important stadiums on the continent. Universally recognized as one of the best live bands in the world, Muse have always produced great, innovative and one-of-a-kind shows: Will Of The People tour of 2023 in the stadiums that will also arrive in Italy will be no exception.

Very special guest of the dates of 2023, including the two in Italy, will be Royal Blood. The English duo, formed by Mike Kerr and Ben Thatcher, will therefore return, alongside Muse, to our country after the date in June 2022 at the Alcatraz in Milan.

The winning band two Grammy Awards, one American Music Award, five MTV Europe Music Awards, two Brit Awards, eleven NME Awards and seven Q Awards and more released their new album on August 25. Will Of The People, which debuted in first place in several countries, including the UK, Italy, France, Finland and Switzerland. The album, which has received wide acclaim from critics for its ambition and its reflection on an ever-changing world, contains 10 tracks entirely self-produced by the Muses themselves. Will of the People was anticipated by the singles Won’t Stand Down, Compliancefrom the title track Will Of The People and from Kill Or Be Killed. To these tracks have been added unreleased songs such as Liberation (where glam rock echoes in the era of disinformation) e Verona, a song with nostalgic electronic plots permeated by innocence and purity. Apart from the poignant ballad Ghosts (How Can I Move On), The frenzied energy of the band is palpable with the lightning rush of Euphoria while in We Are Fucking Fucked the curtain falls with loud / quiet / loud dynamics and a final explosion of madness. The new single You Make Me Feel Like It’s Halloween is accompanied by a video. The song’s electro-rock sound and John Carpenter-style synthesizers are highlighted by a suitably spooky video courtesy of director Tom Teller. The video references many classic horror films including “The Shining”, “Friday The 13th”, “Scream”, “It”, “Poltergeist”, “Christine”, “The Running Man”, “Carrie” and ‘Nightmares In The Sky ‘.