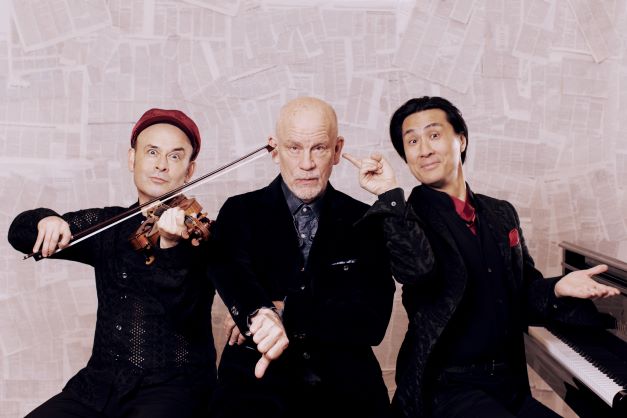 “You cannot change your nature. In life you have to understand that you can do something that you really like that the public, however, does not appreciate at all. What are you doing? Accept it!”

John Malkovich, in Milan for The Music Critic, a theatrical story that sees him as the protagonist in the role of a very bad music critic, thus speaks of the criticisms he has received in his career. It wasn’t always easy, of course. But it is something that he had clear since he was a child (thanks also to the teachings of his father) and that has always guided him in his artistic path.

“If you choose an artistic career, don’t expect to be loved for your choice”

Meeting, but above all listening to John Malkovich, is an emotion that I wish everyone to experience. His attention in finding the right word that allows him to best describe his thoughts, the pauses, his awareness, his being so respectful towards the people he is addressing. Being able to talk about the show The Music Critic, but also of the role that negative comments have in his career as an artist, was a teaching one. Especially since, with his seraphic calm, Malkovich said an extremely significant sentence: “I don’t pay attention to criticism because I’m busy with my job, but generally I don’t care “(accompanied by a smile).

From the series: ok, you can criticize me, but I just keep working, because I know how to do it. And very well. Also aware of the fact that, as he himself underlined during our meeting, “if you choose an artistic career, don’t expect everyone to appreciate what you do. They could, but they might not”.

“It’s not that I don’t care what other people think, but I know I can only count on myself”

“You see – continues Malkovich – in The Music Critic there are some of the most exquisite pieces of western music, yet there were people who hated them. There is a piece by Robert Schumann, my favorite, that is so beautiful that for me the very idea of ​​writing a single negative comment about it is impossible. But there are some very bad reviews on this track. Here, in this show there is a message: life is like this. But I don’t see all of this as a negative lesson. On the contrary! What I have learned is that you can be criticized but you have to go ahead and always follow your muse, your instincts, your interests and the sense of what you want to do, until you understand where you have come to achieve your goals. And as I say: i’m my best quote … because that’s all i have“.

“What if I’m wrong? It’s okay anyway. What if I fail? Okay, it’s not the first time”

“My father has always been very clear: you decide, not the others. Not him or her. You. What you think. How you feel. What you want to do. How you plan to achieve your goals. I have it. understood from an early age. Well, it’s not that I don’t care what other people think, but I know that I can only count on myself, not on other people. What if I’m wrong? That’s okay. What if I fail? it’s not the first time, not even the tenth. I’ve been wrong thousands of times. And I’ll keep doing it. But that’s okay! ” added the actor.

“The Music Critic? I immediately loved the project! “

“The Music Critic is a tale of musical criticism: this show has some of the most ferocious comments against the most important composers and the most beautiful music in the entire history of classical music. Many of my collaborations are of classical music: hybrid stories, others are theatrical pieces, even if perhaps they are not. In this story I give the worst reviews to the musicians and their music and the audience can choose who to believe. It was created by a friend of mine, Aleksey Igudesman, an excellent composer and violinist. When he introduced it to me a few years ago in Vienna, where I was working, I loved the idea right away! “Added John Malkovich.

The Music Critic – the plot

Conceived for the Julian Rachlin & Friends Festival, The Music Critic is a hilarious narrative cocktail on the worst musical criticisms of the last centuries, conceived and written by Aleksey Igudesman: a funny bickering around the slating that involved some of the great masters of music, such as Beethoven, Chopin, Prokofiev, Schumann, Brahms and Debussy. Schumann thinks he is a “composer”, while Brahms is “an untalented bastard”. And Claude Debussy is “just plain ugly”.

John Malkovich enters the role of the bad critic who believes that the music of these authors is boring and sad. Aleksey Igudesman, Hyung-ki Joo and the other musicians, on stage with him, disagree and fight back.

At the end, The Malkovich torment the actor declaims a terrifying review of his interpretation in a theatrical show, on tour in Turkey, commented on by a symphony written by Igudesman, which comically underlines the words of the critic.