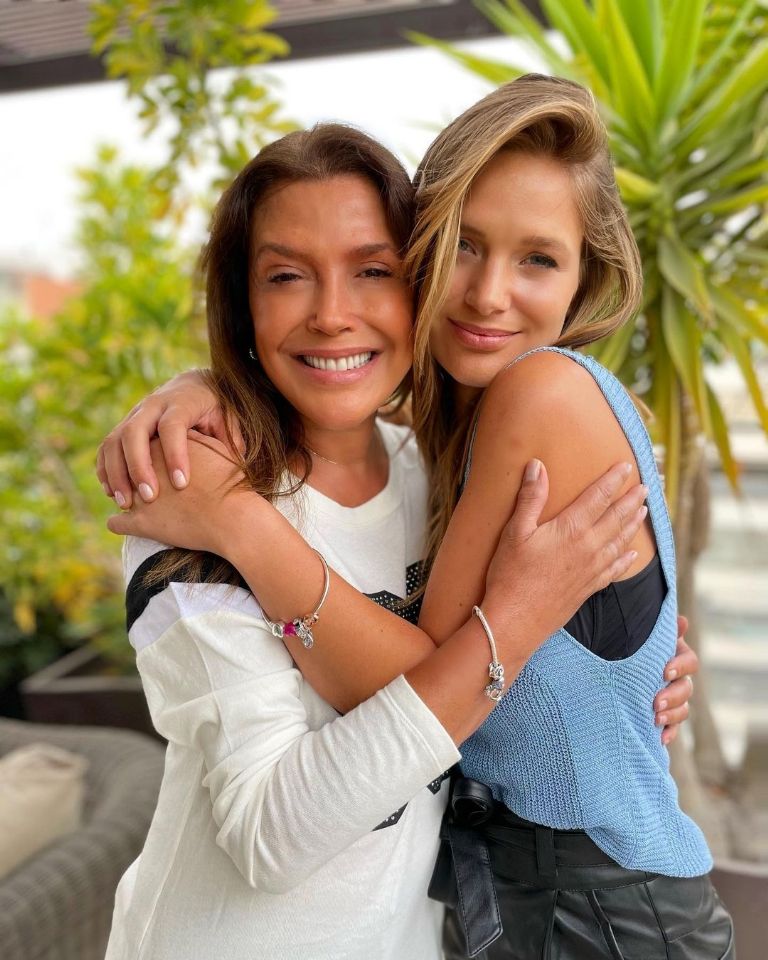 mayte rodriguezdaughter of Carolina Arregui, was making a preview in networks about his new project. It is a venture that the actress is starting, who has already announced the item but not yet the name of her new small company.

mayte who currently lives in Maitencillo, is already starting a business as the owner of a decoration store on the beach. In it, she sells both decoration items and ideal clothing to wear in the context of the sand and the sea. However, this time, Mayte is encouraged to undertake a totally different field.

Last Monday the daughter of Carolina Arregui uploaded a photo to instagram, where you can see half of his face staring at the camera with a serious grimace. What is most appreciated is how smooth and hydrated her face is and a subtle facial makeup.

In the description he made the big announcement of this photograph as a teaser. This is the campaign for his new line of cosmetic products, especially for the face. The caption read: “We’re launching soon in December…my own brand inspired by our aura. With all my love. Those who know me know my passion for mindful, sustainable, and age-based skincare and beauty products.” nature”, explained mayte giving identity to your project.

“Created from scratch, for us,” she added, and to play around she announced that she still has no name and asked her followers to comment on what her new brand should be called. “Aura”, “it should be called beautiful”, “aura care”, “soul”, “aura light”, “aura will be called”, “it could be called ‘Natural skin'”, are some of the comments that received the most likes, many followers followed the slogan of trying to propose or guess the name that mayte rodriguez will put you on this new adventure.