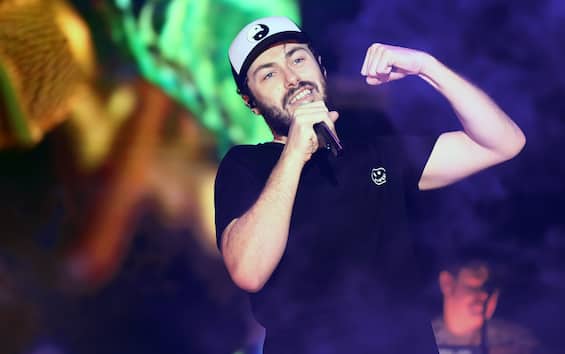 Another good news for fans of the Nuclear Tactical Penguins. After the sold out date at San Siro, where it will debut on 11 July, the band has announced a new one concert at the Olympic Stadium in Rome.

Penguins go to the wolf

Riccardo Zanotti broke the news with a cryptic social post: a black background with a penguin and an arrow in the direction of a wolf. After the “NO RISSA” anagram of San Siro, used to announce the Milanese date, the new puzzle was soon solved by the followers. “Penguins go to the wolf”That is, the Nuclear Tactical Penguins will play at the Olympic Stadium in Rome. Since these are the first stages, the group probably wanted to test the enthusiasm for the Milan date first. Sold out in less than twenty-four hours from the opening of ticket sales, it was immediately announced too the date of Rome, July 23, 2023. “When, after only 12 hours, we ran out of seats at the San Siro, it seemed right to add another concert. It is for all those who failed to be there at the first. So here we are, Rome! In the new album there will be an entire song dedicated to this city who always made us feel his affection. See you soon, ”wrote the band on social media. “Rome has always been a difficult city to conquer for all musicians – commented the singer, Riccardo Zanotti – Her musical conscience is very high, she decides who to give great satisfaction to. The first time we went there, for playing in a small club del Pigneto, the public welcomed us as if we were friends, almost relatives. We are still in contact with some of those present, because Rome knows how to make you feel at home even if you come from millions of kilometers away. The Olimpico is a huge achievement and fabulous, which seals our love for the Eternal City “. For those wishing to book the event at the Olympic Stadium, tickets are on presale from Tuesday 25 October on Ticketone.it and Ticketmaster.it.

The success of Memories

Meanwhile I Pinguini Tattici Nucleari Band are enjoying the success of the latest single, Memories, first on the radio and first in the FIMI sales ranking with a video starring Sergio Rubini. Not only that: the band also got the fourth platinum for the album Out of the Hype and is working on the next album in 2023. Meanwhile, the rumors that they would like the Penguins again become more and more insistent competing at the Sanremo Festivalthree years after his debut with Ringo Starr.