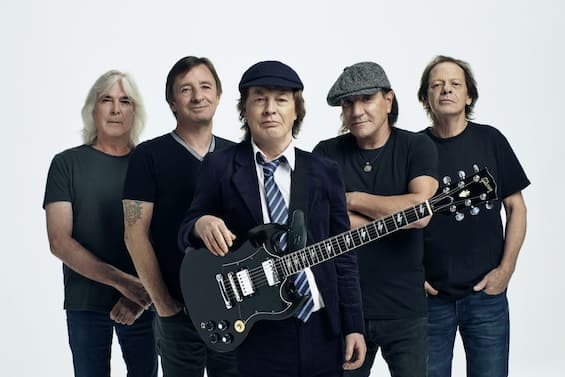 
The AC / DC they have been around for half a century now but, despite the passing of time, they do not cease to have appeal even on the youngest. To confirm this is also the merchandising that Angus Young and companions continue to churn out, directed indifferently to parents and children. On the other hand, if it is true that a primer is mainly for children, The AC / DC AB / CD High Voltage Alphabet has inside curiosity even for the most elderly fans.

The book that will be released in the group’s homeland, Australia, on November 11th is colorful and full of references to the band. A simple product able to get straight to the point, like immortal songs like Back in Black. On the website of the publishing house Love Parade the volume is presented like this: “Inspired by the greatest rock’n’roll band in history, comes the most rock alphabet book ever. Join Angus, Malcolm, Bon, Brian and all the kids for a classic walk through the alphabet. Each page is full of color, humor and history of the band as you walk the Highway To Spell ”. The AC / DC ABC is part of the series “Rocking Alphabets”Which also contains other similar operations such as M is for metal And Never Mind Your P’s & Q’s – It’s The Kid’s Alphabet Book, the latter recommended for those who want to make the little ones understand immediately that “the C stands for Clash”.

However, what makes the book dedicated to those who in the motherland also call Akka Dakka special is the direct involvement of the band. It was the same Angus Young to have the idea of ​​an AC / DC alphabet after it fell into his hands during the pandemic M is for Metal. A job that he appreciated so much that he decided to call the CEO of Love Police, Brian Taranto. It didn’t take long before the two Australians went from words to deeds, to everyone’s happiness, first and foremost Taranto himself: “What an honor it was to be able to work on this book! And having a bond with Angus while we were creating it makes it even more insane and special. ” The AC / DC AB / CD High Voltage Alphabet shows all the irony of a group that has not forgotten how important it is sometimes not to take themselves too seriously, even when you have more than thirty albums under their belt and millions of fans around the world. The letter “a” stands for example for Angus Young, described in the book as “who thinks it brings good luck to turn around in a school uniform and walk like a duck”. The head of Love Police he was keen to explain that yes, this is a work for children, but anyway “every AC / DC or music fan will find something interesting on every page”. Taranto has especially incensed the illustrations by Paul “The Mayor” McNeil, defining his work as sweet and rock at the same time ”. Probably, among the books of the famous School of Rock of the homonymous film with Jack Black, this book could never be missing, which really seems the perfect basis for “educating another generation of rock and rollers”. We bet that even Pinocchio wouldn’t have let go of such an abcedary so easily?