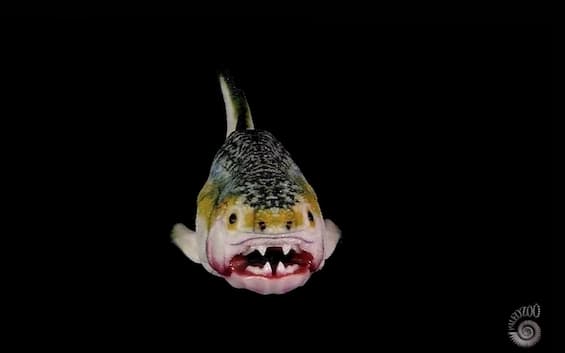 It is 380 million years old. The organ responsible for transporting blood was found fossilized inside a prehistoric fish and represents a fundamental stage for the study of the evolution of animals with backbones, including humans.

The incredible discovery was published in the journal Science and was made by a team of scientists from Curtin University in Perth, Australia. Professor Kate Trinajstic, one of the main authors of the research, told the BBC that it has been observed in fossils “A very ancient organization of the body, and we see it now for the first time”.

The very ancient heart belongs to a Gogo, part of a class of prehistoric fish called placoderms. These were the first to have jaws and teeth. Previously, fish were no larger than 30 centimeters, while placoderms could grow up to 9 meters in length. They appeared on Earth 100 million years before the dinosaurs and have dominated the planet for about 60 million years.

The discovery is made even more incredible when you consider that, usually, it is bones rather than soft tissues that are transformed into fossils, but in the Kimberley region, a place known as “the Gogo rock formation”, minerals have preserved many of the internal organs of the fish, including the liver, stomach and intestines.

The heart observed by the scientists had a S shape and it is similar to that of a shark. It consisted of two chambers, a smaller one above and a larger one below. Characteristics considered the fundamental passage that transformed the Gogo from a slow fish to a voracious predator.

The position of the organ also suggests something: it was located in the front of the animal. If we were to imagine it in humans, it would be at the base of the throat, between the collarbones. This would have made room for the development of the lungs later in the evolutionary line.

World-renowned placoderm expert Dr Zerina Johanson of the Natural History Museum in London, speaking to the BBC, described the research as an “extremely important discovery” that will help explain why the human body is the way it is today.