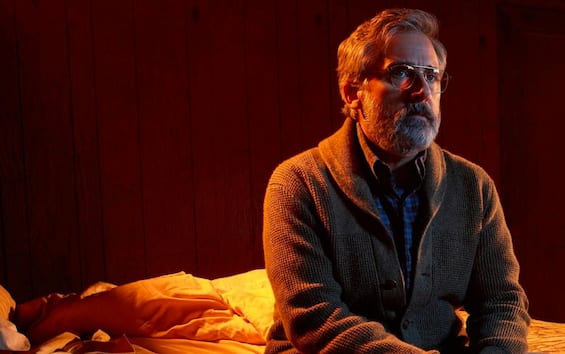 From December 14th on DisneyPlus (also visible on Sky Q and via the app on Now Smart Stick), the series will arrive The Patient, with Steve Carell and Domhnall Gleeson. A thriller in which a doctor is held captive by a patient with a death compulsion. Let’s find out the first images, details and synopsis of the series.

The Patient is a psychological thriller created by Joel Fields and Joe Weisberg, former creators of The Americans. Carrell plays a therapist, Alan Strauss, who is being held captive by a patient, Sam Fortner (Domhnall Gleeson), who turns out to be a serial killer. Sam wants the therapist to find a way to curb his homicidal impulses. Alan must then try to free Sam’s disturbed mind, stop him from killing again, and save himself. Sam, however, refuses to address sensitive topics, such as the one related to his mother Candace. Alone in captivity, Alan then delves into his own past through memories of her old therapist, Charlie, and tries to deal with her own repressed issues: the recent death of his wife, Beth, and estrangement from her religious son, Ezra. His imprisonment thus allows Alan to discover not only how deep Sam’s compulsion runs, but also how much work he must do to mend the rift in his own family.

The Patient is made up of half-hour episodes. In the cast, in addition to Steve Carell and Domhnall Gleeson, too Andrew Leeds as Strauss’ son David Alan Grier in those of his old therapist, Linda Emond aka Sam’s mother, Candance, and Laura Niemi as Alan’s recently deceased wife. Director Chris Long directed the first two episodes of the series, while the following ones saw Kevin Bray and Gwyneth Horder-Payton behind the camera.