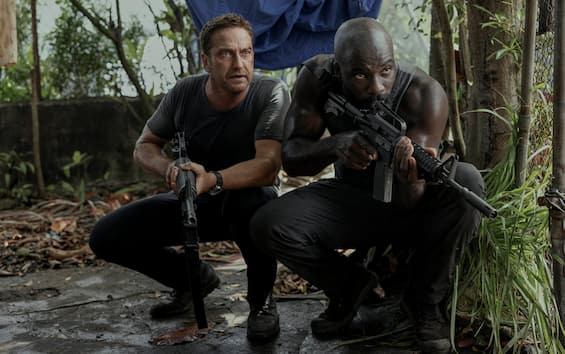 The first Italian clip of the film was presented online The Planethe highly anticipated action movie starring Gerald Butler and Mike Colter which will arrive on the big Italian screens from 25 January 2023.
This first taste of what awaits us at the cinema makes it clear how much adrenaline will flow while watching The Plane.

Distributed by Lucky Red and Universal Pictures International Italy, the film stars Gerald Butler in the role of a pilot who will be forced to attempt a very risky emergency landing on a remote island in the Philippines. He will have to do it in the hope of saving the passengers from a violent storm that suddenly hits the skies. But that won’t be the only obstacle to survival, on the contrary: it’s just the beginning of a deadly countdown.

You can watch the first official clip for Italy of the film The Plane in the video at the bottom of this article.

As we said, once the danger of crashing due to the storm has escaped, the pilot and his passengers will not be able to breathe a sigh of relief: the survivors will have to face the threat of pro-independence guerrillas who live on that Philippine island.
The passengers will be kidnapped by the guerrillas, who however have not taken into account that he is among them: Brodie Terrance, the commander played by Butler. He will do anything to protect the hostages he’s with, joined by the ex-Marine played by Mike Colter (the actor who has stepped into the role of Luke Cage as far as the Marvel Universe is concerned).

The former Marine was on board the plane as he was under arrest, escorted by the FBI: he is accused of murder. In short: in The Plane not even one of the fundamental ingredients is missing for an adrenaline-proof recipe.

In the cast of The Plane there is also Daniella Pineda (Jurassic World – Domination), Yoson An (Mulan) and Tony Goldwyn (Divergent, Scandal).

The words of Gerald Butler

“The Plane it’s been quite a journey, one of my most satisfying cinematic experiences,” said the protagonist, Gerald Butler. “It contains everything I love about movies and I can’t wait to share it with audiences around the world.”
He also adds that his character, Commander Brodie Torrance, is “multifaceted. Although he has no tactical experience fighting dangerous insurgents, he feels a deep responsibility towards his passengers and after the emergency landing, he will do anything to protect them and bring them home. He is a man on a mission.”

You can watch the first official clip for Italy of the film The Plane in the video below.