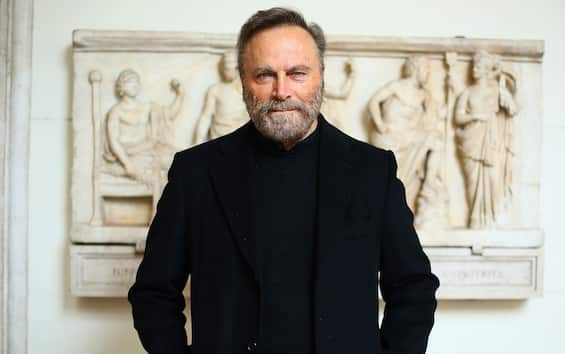 Franco Nero will play the Pope in “The Pope’s Exorcist,” the highly anticipated film starring Russell Crowe.
It has recently been announced that the great Italian actor will step into the role of the pontiff in this Hollywood film, headed by the American star.

On the set, Nero will join big names of colleagues mostly from overseas in the thriller directed by Julius Avery which tells the story of Father Gabriele Amorth, the Vatican exorcist here played by Crowe.

In addition to Franco Nero (and Crowe of course), the cast includes Alex Essoe, Daniel Zovatto, Laurel Marsden, Cornell S. John and Peter DeSouza-Feighoney. As for some of the announced actors, nothing is yet known about the roles entrusted to them (Marsden, DeSouza-Feighoney and John are still an unknown when it comes to their characters).

The story of Father Gabriele Amorth

Father Gabriele Amorth had already been celebrated in a documentary directed by William Friedkin, entitled “The Devil and Father Amorth”. This new film, “The Pope’s Exorcist,” will be based on two of the many memoir who were left by the Vatican exorcist. Specifically, these are “Memoirs of an exorcist” and “The sign of the exorcist”.
Amorth passed away at the age of 91 in 2016, having performed over 100,000 exorcisms over the course of a thirty-year career.

The production of the film

“The Pope’s Exorcist” is directed by Australian Julius Avery, the acclaimed director of the supernatural horror film “Overlord”.

Avery recently said that for him, working with Russell Crowe is like finally making a dream come true.
In addition to the great Russell Crowe, Julius Avery will certainly also be happy to direct a sacred monster of the seventh art of the caliber of Franco Nero.

Filming on “The Pope’s Exorcist” is expected to begin in September 2022 in Ireland. The screenplay is written by Evan Spiliotopoulos, under the supervision of Chuck MacLean.

As for the cast, in addition to Franco Nero and Russell Crowe there is the very young Laurel Marsden: twenty years old (born in 2001), she recently appeared in the television series “Ms. Marvel ”and we will soon see her with Asa Butterfield and Natalia Dyer in the horror“ All Fun and Games ”.
Another cast member of “The Pope’s Exorcist” is Peter DeSouza-Feighoney, a first-time actor, while Cornell S. John has already worked on notable films, such as “Fantastic Beasts: The Crimes of Grindelwald” and “The Chronicles of Narnia. : Prince Caspian ”.

The Italian actor Franco Nero is a sacred monster of the seventh art, of which he is a true veteran: we are talking about an actor who boasts a filmography of over 200 titles and roles.

The most iconic film of his career is “Django”, the western directed in 1966 by Sergio Corbucci. Let’s talk about what is considered a milestone of the Italian western, that is the sub-genre in which the western is marbled by veins of violence and cynicism at the highest levels. In fact, when it was released in theaters in the mid-1960s, “Django” was seen as one of the most violent films ever made to date, the rest is history.
Thanks to that film Franco Nero has become one of the most famous actors internationally in the spaghetti western genre. We also remember that “Django” also inspired Quentin Tarantino (a great spaghetti western lover) for his highly acclaimed “Django Unchained”, the 2012 film starring Jamie Foxx, Christoph Waltz, Leonardo DiCaprio, Kerry Washington and Samuel L. Jackson.

For both the title and the plot, Tarantino’s film clearly pays homage to the almost homonymous film by Corbucci. And also for the casting: Franco Nero plays Amerigo Vassepi for the occasion.

In addition to having worked with the greatest directors in both local history (from Lucio Fulci to Franco Zeffirelli up to Elio Petri, just to name a few) and world history (Luis Buñuel and Claude Chabrol, among others), Franco Nero in 2012 he was the protagonist of an interesting horror and sci-fi film by a young Italian director, from Voghera to be precise: Marco Rosson.

It is called “New Order” and is an independent film shot in the Oltrepo Pavese, near Garlazzolo (and in Voghera, in the province of Pavia, Rosson’s hometown).

Under the direction of this young director, Franco Nero has taken on the role of Doctor Cornelius Van Morgen. “New Order” premiered in Los Angeles in 2012 and was distributed almost all over the world (North America, Canada, Asia and Africa) by American distribution.

But in addition to the notable presence of Franco Nero, this film by Marco Rosson deserves new attention for the prophetic virtues that, with hindsight, connote Rosson: the plot tells of the planet Earth caught in the year 2032, three years after a unknown virus caused a worldwide epidemic and caused the death of 90% of the population. It was the year 2012: only seven years later that prophecy would partially come true. We hope that, now entering the role of the Pope, Franco Nero will be able to give the world some blessings so that things begin to go the right way …

If you missed it in 2012, below we offer you the trailer of Marco Rosson’s sci-fi horror starring Franco Nero: here is “New Order”.