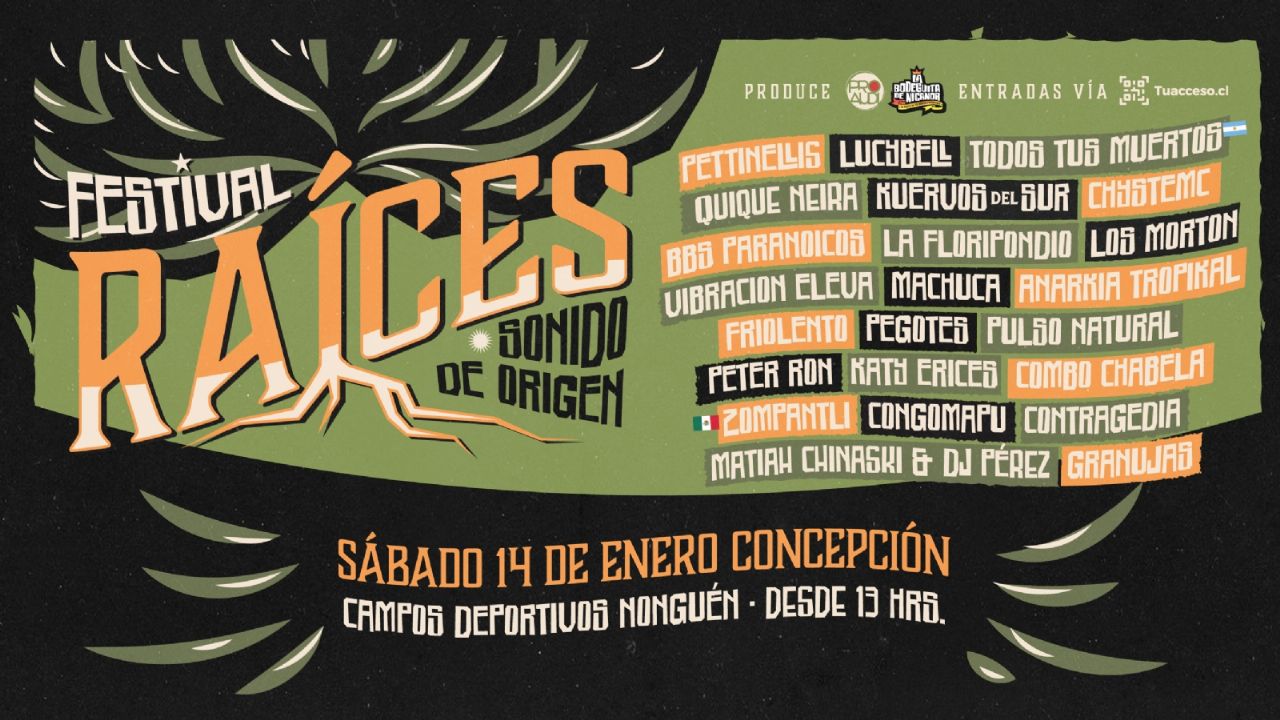 The next January 14, 2023the best exponents of national music will move to Conception to participate in the Roots Festival. This unprecedented event, which will feature rock, raggae and rap, will take place in Nonguén Sports Fieldsfrom 1:00 p.m.

What is the lineup of the Raíces Festival?

The last confirmed band are The Miserableswho despite having announced a musical break are going to perform exclusively at Conce for this festival.

Along with the 23 bands that will perform on its two stages, the Raíces Festival will feature Foodtrucks with the best gastronomy and a selection of craft beers, as well as stands with the most diverse ventures to promote the local economy.

The organizers of the day are Nicanor’s Bodeguita Y ProAudi, two entities that are a guarantee of quality and success in the production of large events in the Biobío Region.

How to buy tickets for the Raíces Festival?

Sale of tickets online, through Tuacceso.cl, and face-to-face sales at Tienda Hechoenconce (Colo Colo 357, Galería Amanecer Local 14, Concepción). In its second pre-sale, the tickets have a value of $18,000 until January 5, to then continue the general sale for $20,000.