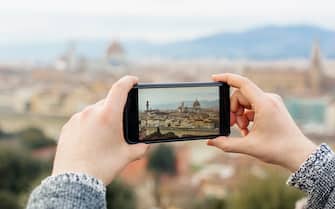 According to the latest survey on the degree of innovation of our country, the smartest city in Italy is Florencefollowed by Milan and Bologna. What is worrying, however, is the concentration of Southern municipalities in last positions in ranking

Siemens: here is the model of the city of the future

The occasion of the budget comes from the latest edition of ICity Rank 2021the investigation into the digitization of Italian cities carried out on a sample of 107 Italian capital municipalities. Third place went to a joint group of cities: Bergamo, Bologna, Cremona, Modena, Rome Capital and Trento

Among the cities more smart ben 10 are metropolitan capitals (out of a total of 14), almost all of Center-Northtestimony of remain somewhat behind the Mezzogiorno and smaller realities despite the fact that there is a trend towards recovery

Scrolling through the ranking, at ninth position we find the ex aequo of Cagliari and Genoaat the 11th Parma and Turin, at the 13th Brescia and Veniceat the 15th Palermo, Prato, Reggio-Emilia, Rimini and Verona, at the 20th Bari, Cesena and Pisa, at the 23rd Padua, at the 24th Lecce, Siena and Vicenza

Together with common on the podium, these urban centers make up the group of 26 “digital cities”capable of using new technologies in a widespread, organic and continuous way. Another 75 are instead in an intermediate stage in the digital growth path and seven at the bottom of the tablecritically with an index below 30 (Rieti, Avellino, Benevento, Foggia, Agrigento, Enna and in last place Isernia)

We are witnessing one marked acceleration in the average level of digitisation and to a rebalancing that led to shorten distances from the top also by various realities between the cities of the South and the smaller towns. Among the most significant growth cases, Messina, which improved by 34 positions in 2022 (from 62nd to 28th)L’Aquila, Cuneo, Imperia and Trapani, which earn 16 points.

Cagliari, Palermo and Bari are confirmed at the top among the cities of the South. After Lecce, also Messina, Naples and Pescara are now close to the entrance between digital cities

If you analyze the last decade of results of ICity Rank there is a progressive digital growth of cities on two levels: that “functional”, with the online placing of more and more services and the creation of identity, payment and interaction platforms that have facilitated their use; and the “communication”, with the diffusion of social media, apps, open data, public and free wi-fi networks