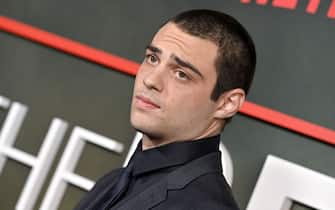 Noah Centineo is the protagonist of The Recruit, Netflix TV show (also visible on Sky Q and via the Now Smart Stick app) based on the adventures of Owen Hendricks, a lawyer who has just been hired by the CIA law firm. The boy, who has a special relationship with his older colleagues, immediately becomes aware of intricate state affairs. The actor is already the face of romantic comedies To all the times I’ve written I love you and Ps I still love you

Laura Haddock, the English film and TV actress who has titles such as Da Vinci’s Demons and Downton Abbey II – A new erathis is ex-CIA agent Max Meladze

The best TV series to watch in December 2022. PHOTOS

Kaylah Zander as Amelia, a colleague of Owen who has a love interest in the protagonist

Aarti Mann is Violet Ebner. She also works with Owen

BBC, ranking of the top 100 TV series of the 21st century

Katharine King is So. The actress is not a new face on the small screen and has also taken part in The bold type and Jupiter’s Legacy

Angel Parker as Dawn, a CIA agent working on an operation in Yemen

Colton Dunn as Lester, a colleague of Owen’s who often works together with Violet

Vondie Curtis-Hall as Walter Nyland, Owen’s boss who treats everyone with little condescension

Byron Mann as Xander, an official who has been with Owen’s office for some time

Alexy Hawley, creator of the show, is the brother of Noah Hawley who has linked his fame to Fargo and legionTV series of which he is a screenwriter

Owen Hendricks is a willing young man who does his utmost to redeem his origins by doing a job for which he proves to have great intuition. Immediately at the center of adventures bigger than him, she manages to get out of difficult situations thanks to his intuition and a good dose of luck

One of the story lines of the series is the relationship between Noah and his office colleagues. As often happens in working environments like his, the protagonist, the youngest of all, is bullied by the older ones