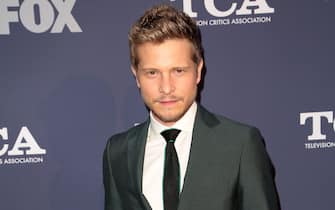 The new episodes of The Resident, starring Matt Czuchry, return to streaming with one episode a week on Disney + in the Star catalog. The content is also visible on Sky Q and via the app on the Now Smart Stick. The American actor reprises the main character of the story: Conrad Hawkins

Manish Dayal is Dr. Devon Pravesh. The American actor of Indian origin is part of the original cast of the series

The Resident, Emily VanCamp leaves the tv series: that’s why

Bruce Greenwood as Dr. Randolph Bell, the Chief of Surgery at Chastain Park Memorial Hospital from season one

Kaley Ronayne is Kincaid “Cade” Sullivan, the latest addition to the ward, an emergency room doctor, with whom Conrad seems to have officially partnered

Gilmore Girls, who is the father of Rory’s baby? Matt Czuchry knows this

Andrew McCarthy is Dr. Ian Sullivan, a valuable pediatric surgeon with a difficult character. The man, in the series, is Cade’s father

Gilmore Girls, this is how the actors of the cast of the TV series are today

Jane Leeves is Kit Voss, CEO of Chastain Park Memorial Hospital and is at the center of the many events that make the show current, which the public liked for its denunciation of the health system

Doctors on the big and small screen, the most famous doctors in movies and TV series. PHOTO

Malcolm Jamal-Warner is Dr. AJ Austin, cardiothoracic surgeon, present in the show since the first episodes

Anuja Joshi is Dr. Leela Devi, initially an intern in surgery and from the fourth season a resident of the hospital. He stands out for his determination and his humanity

In the sixth season there will be Emily VanCamp, soul of the show until the fifth season, the last in which the actress was part of the series. As viewers know, the interpreter who has played nurse Nicolette “Nic” Nevin since 2018, the year in which The Residenthas abandoned the production for personal reasons related to the desire to spend more time with his family

In season 6 of The Resident there will be new storylines inherent in the medical aspect peculiar to the series. Instead, the writers aimed to strengthen the emotional and relational dynamics between the characters, making them the strengths of the new episodes