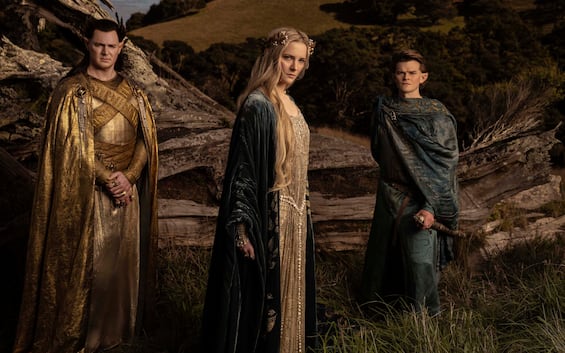 Excluded from the film trilogy of Lord of the Rings by Peter Jackson, Tom Bombadil could make his video debut in the next season de The Lord of the Rings: The Rings of Power, the Amazon Prime Video TV series also visible on Sky Q and via the app on the NOW Smart Stick. The rumors that seem to tickle the purest fans of Tolkien’s work come directly from the set of the second season of the fantasy series.

Reporting the rumors that the character was seen during filming is TheOneRing.net. “He is 100% Tom Bombadil. This is what our sources tell us. Tom Bombadil is part of the cast and will be introduced in season 2,” reads an article on the fan site. The confirmation would come from some insiders present on the set who claim to have heard dialogues in which the character is referred to by the name of Tom. Another person claims to have heard similar rumors and adds a detail: the character would have a code name, that of Errol Pram.

WHO IS TOM BOMBADIL

Tom Bombadil is a rather mysterious and iconic character from Middle-earth. Its nature and origins are not known, it is only known that it has always been there, since before there were the river and the trees, since before the Elves arrived, before the coming of Sauron. Frodo, Gandalf, Sam, Pippin and Merry meet him in the Old Forest on their journey to Rivendell and he entertains them with his songs. Although he certainly has a limited space in the Lord of the Rings trilogy, he is a central character in the Tolkenian universe, with a decidedly important role and the title of the book is also dedicated to him The Adventures of Tom Bombadila collection of 16 poems, two of them starring him, published in 1962.

Peter Jackson, with the production of the film trilogy started in 2001, had decided to exclude it from the first chapter to prevent it from slowing down the narrative too much and resulting out of context with respect to the atmosphere of fear linked to the impending threat of Sauron’s return. However, the director decided to pay homage to the character by having Treebeard sing one of his songs in The two Towers, within a scene that can be seen in the extended edition of the film. Now Tom Bombadil could return to the TV series and he would do so in his own right, since he was absolutely present on Middle-earth in the Second Age. It’s just a matter of understanding if and how it will happen.