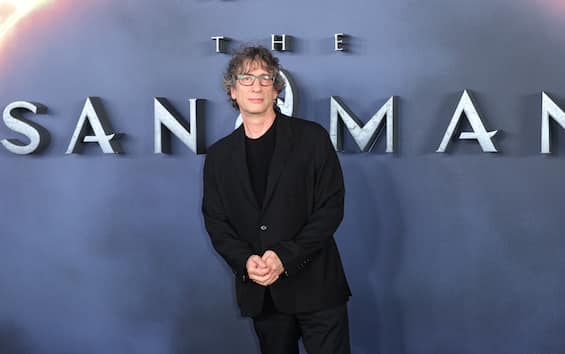 The British writer, cartoonist and screenwriter Neil Gaiman, the one who created the fantasy genre TV series The Sandman for Netflix (also visible on Sky Q and through the app on the Now Smart Stick), he finally opened up on the controversies that many have raised due to the heterogeneity of the cast of his show.

Let’s just say Gaiman is spending as much time battling trolls online as he is promoting his series, unfortunately for him and his fans…

The Sandman debuted in early 2022 on the streaming platform, and since then there has been no peace for this project, and for his putative father.
Even now, with the first season now out for months and doing nothing short of great and a second in development (as was recently announced) Neil Gaiman still finds himself trying to explain how the casting decisions that were made have their source in his graphic novels, so there hasn’t been any kind of divergence between the TV adaptation and the original.

The problem is that the people who criticize do not even bother to read his graphic novels first, or at least not even to inform themselves well.

Before complaining about how those graphic novels were adapted to the screen, they would do well to know the source itself, its graphic novels.
The creator of all the characters said – exasperated – that before sharing your opinions online you should inform yourself. And this goes not only for his television series but for everything.

When The Sandman arrived on Netflix, it brought with it many comments on the following points among others: characters played by black actors and characters with altered genders.
The controversies have gradually become an avalanche, and have led to a real battle: the one fought strenuously by Gaiman to divert attention from the petty, sterile and harmful complaints about who should and who shouldn’t have been chosen to interpret the series.
Neil Gaiman has recently returned to talk about these controversies, which particularly concern the casting of non-binary star Mason Alexander Park as Desire and that of Kirby Howell-Baptiste as Death.

The series is inclusive, like the graphic novels it is based on

An attempt was made to make the production of the television series The Sandman as comprehensive as possible regarding minority groups, from color and race to gender and sexuality.
For this reason, many casting choices have given rise to racist, misogynistic and homophobic reactions, especially on social networks (where it is easier to comment without putting your face on it).

Inclusiveness is today an essential ingredient for show business

There are currently very few movies and just as few TV shows being made that don’t have at least one Black or Asian protagonist, an identifiable character with the LGBTQ+ community, or an established female at work.

It is now one conditio sine qua non to proceed with a product of culture and entertainment. Generally this change is welcomed, given that it is a symptom of a greater inclusion on the screen that would like to accompany a greater inclusion of minorities also off the screen, i.e. in the real world, in society.
However, when the desire for inclusion leads to modifying pre-existing characters to adapt to this new trend, choruses of protest always arise from the network. It happened with the Anne Boleyn series, when the casting choices fell on a black actress (Jodie Turner-Smith) to play a historical figure whose skin was far from dark. It’s happening with the live-action film The little Mermaidwhere the African-American actress Halle Bailey was called to interpret a new and unedited version of Ariel, no longer with the light skin as Disney had presented her to us.

What happens on the net when iconic characters are “distorted”

Often in those cases in which iconic characters are “distorted” there are those who appeal to the fact that tradition is tradition (whether it is Disney tradition or history, understood not as a fairy tale but as real history, see Anna Bolena). And there are those who, arguing more interestingly and convincingly, argue that equality and diversity in film shouldn’t simply mean taking an established character and changing him to fit the new trend of political correctness. This second type of critical voice argues that more needs to be done to create from scratch of characters that can themselves become iconic.
However, it is good to bear in mind that when very dated works of fiction are adapted (which therefore did not have diverse casts due to the time in which they were written) some modifications become necessary.

And anyway the ultimate goal of any casting director should be to find the right actor for a role regardless of the performer’s race, color and sexual/religious/political orientation and so on, whatever the haters may say. A demonstration of this upgrade in the role of casting director? Casting Jodie Turner-Smith as Anne Boleyn in the British series released last year. There is no painstakingly respectful historical reconstruction of reality that could compete with the expressive force that that actress has offered, grant it to us. But above all, give it to her.

But going back to poor Neil Gaiman, he is the victim of these controversies despite the characters in the series The Sandman have not been distorted in the slightest in the television adaptation phase: it would be enough to read his graphic novels before speaking.

It therefore seems that every foothold is good for complaining about the fact that the big and small screens are starting to welcome minorities and diversify the stereotype of the white, heterosexual prince/princess who knows how to stay in his place (with her in the kitchen, for understand each other, or in any case never totally independent of him, much less never superior to him in the economic-professional-social aspect).