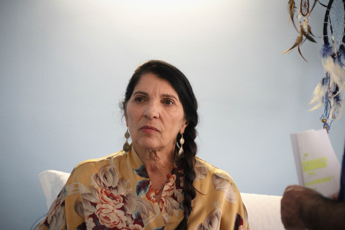 The shooting of the short film “One day in more” by Fabio Bagnasco, produced by Eikona Film – Piano Focale and which will be available on the WeShort platform, ended in Palermo. Filming took place in the Sicilian capital (among the locations, Villa Riso, the Anatomy classroom of the University of Palermo and the Cosentino clinic) and in Piana degli Albanesi (Oasi del lago). “This project – underlines the director of the school of cinema Piano Focale, Giuseppe Gigliorosso – we strongly wanted it, also because it became an opportunity for didactic verification for our students (courses in direction and direction of photography), an opportunity to make them do a full immersion in the problems of a set. I must proudly say that the students have distinguished themselves by working alongside and supporting the professionals of the various departments. I would like to thank the Academy of Fine Arts for the collaboration (scenography and costume departments) and the parterre of sponsors who supported the project “.


“They were intense and wonderful days – underlines Fabio Bagnasco, director of the short film – written with Francesca Scaglione and Filippa Gracioppo. For all this I really want to thank everyone, from the production manager Marco Lorusso to the director of photography Gabriele De Palo together with the whole crew. technique and the artistic cast, without forgetting the film students who have shown passion and self-denial, despite their young age “. “One more day”, which will now enter the post-production phase – sees a large cast of actors including Giuditta Jesu, Alessandro Ienzi and Salvo Nereo Salerno. The friendly participation of the actress Lucia Sardo, fresh from the international success of “From scratch” on Netflix, further embellishes the film.