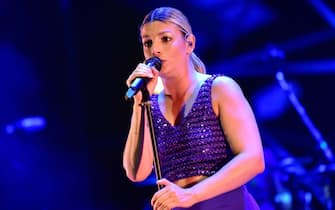 Emma Marrone will be in Sanremo with the song “Every time it is like this”.

Conducting the orchestra will be Francesca Michielin. “The proposal came directly from her and I accepted immediately because I respect her very much,” said Emma.

Sanremo 2022, Emma with Every time it’s like this: the text

Emma became famous to the general public by winning the ninth edition of Amici.

Emma participated in the 2011 Sanremo Festival together with Modà with the song “Arriverà”, ranking second behind Roberto Vecchioni.

Emma Marrone, unveiled the cover of the song Every time is thus in the race in Sanremo

In 2012 she returned to the Sanremo Festival and won with the song “Non è hell” written for her by Kekko Silvestre, leader of the Modà.

On March 31, 2012 he returned to Amici, in the evening of the eleventh edition, re-entering the race in the Big category, which was later won by Alessandra Amoroso.

Sanremo Festival, Francesca Michielin will direct the orchestra for Emma

In 2015 Carlo Conti, artistic director of the Sanremo Festival, chose it as the valley of the festival, together with Arisa and the actress Rocío Muñoz Morales.

On February 4, 2020 she was super guest of the first evening of the Sanremo 2020 Festival, where she sang a medley of her hits.

On “Every time it is like this” Emma told Sorrisi e Canzoni: “I wrote it with Davide Petrella and Dario Faini, who have known me for a lifetime. It speaks of love and a condition of women whose behaviors are often judged as wrong regardless. Vocally it is a very insidious piece, very different from the one I usually sing: I will amaze you “.

In the evening, cover Emma will sing “Baby one more time”, the success of Britney Spears, together with Francesca Michielin.