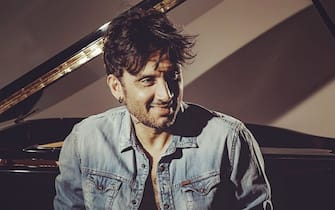 At the 72nd edition of the Sanremo Festival, many are the artists who return to the competition after important triumphs on the Ariston stage. It is the case of Fabrizio Moro which arrives in Liguria for its seventh participation, accompanied by the song “It is you“.

“It’s you I wrote it for a person who in this very surreal and complicated moment has me saved from the ugliest part of myself, from the monsters of depression. Love is the only way out, always, for everyone ”Fabrizio Moro told the press presenting the piece from Sanremo.

“Sei tu” will be an integral part of the tracklist of his new album, “My voice“, To be released on February 4th. The same song is also the soundtrack of his first film as director, with Alessio De Leonardis, “Ice“(At the cinema on February 7,8,9).

Fabrizio Moro’s new Sanremo experience, starting next Tuesday 1 February, will be his seventh, after having signed the victory twice. At his debut in 2000 with “An endless day“, Moro wins the Sanremo Giovani category and the” Mia Martini “Critics Award in 2007, with his now famous”Thinks“.

In 2008 Fabrizio Moro returns to Ariston with “yet you have changed my life”Who ranks third, once again demonstrating his incredible songwriting talent. In 2010 he performed at the Ligurian Festival with “It is not a song“, While in 2017 he returns with the poem of”take me away“.

Fabrizio Moro, the new EP is “My voice”

In 2018 he reached the top step of the podium, in a duet with his colleague Ermal Meta. The winning song is “You haven’t done anything to me”Which allows both of them to remove their pass for the Eurovision Song Contest in Lisbon (Portugal).

Fabrizio Moro, however, has participated several other times in the Sanremo Festival. Famous is his appearance as a guest next to Last in the evening cover of 2019, but also the participation as author of the songs by Noemi, “Are just words“(2012) and Valerio Scanu,”Finally it rains“(2016).

Fabrizio Moro is the stage name of Fabrizio Mobrici. Today 46 years old he is a real pillar of the Italian songwriting with ben 13 albums published since their debut in 1996, of which nine in the studio, one live and three collections.

A passion for music and writing that has always been very strong and central in his life, so much so as to push him, still very young, to perform live with numerous youth musical groups, in clubs and pubs, presenting a repertoire that he himself has repeatedly defined as “pop rock“.

On 4 December 2021, the Artistic Director of Sanremo 2022 Amadeus, announced the participation of Fabrizio Moro in the new edition of the event. The title of the song that will allow him to compete against the other 24 Big in the race is “It’s you”.