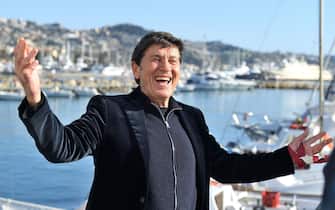 Gianni Morandi returns to the race in Sanremo after 22 years. He sings “Open all doors”, a song written for him by Jovanotti.

WATCH THE VIDEO: While waiting for Sanremo, Gianni Morandi talks to Sky Tg24

It is not the first collaboration between Morandi and Jovanotti: the artist returned to the charts last June with the summer song “L’allegria”, written by Lorenzo Cherubini himself.

Sanremo 2022, Gianni Morandi with Open all the doors: the text

Morandi won the 1987 edition with Umberto Tozzi and Enrico Ruggeri, presenting “You can give more”.

In 1995 he came in second place with “In love”, sung in tandem with Barbara Cola.

Sanremo, the message of Gianni Morandi after the video with the song in the race

In 1999 Gianni Morandi was a special guest of the singing event, where he sang “Vita” and “Leave for love”.

In 2000 he participated in the race with “Innamorato” and finished third.

Gianni Morandi presented two consecutive editions of the Italian Song Festival: in 2011 (when Roberto Vecchioni won) and in 2012 (with the victory of Emma Marrone).

Gianni Morandi will “challenge” his nephew Paolo Antonacci in Sanremo, who is the author of the song brought to the competition by Tananai, one of the three youngsters admitted to the Big group.