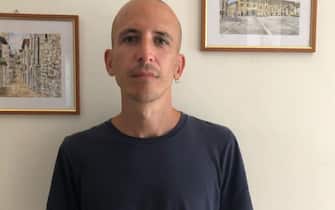 Giovanni Truppi will compete in Sanremo 2022 with the song “Your father, my mother, Lucia” written with Marco Buccelli and Giovanni Pallotti, his historical collaborators, and with Gino De Crescenzo “Pacifico” and Niccolò Contessa, leader of the band I Cani.

WATCH THE VIDEO: Giovanni Truppi, who he is

Truppi, born in Naples in 1981, is an appreciated multi-instrumentalist singer-songwriter. Since his debut on the music scene, he has released four studio albums, a collection and an EP. His first album, “There is a me inside of me” is from 2010.

Sanremo 2022, Giovanni Truppi with your father, my mother, Lucia: the text

Truppi explained that “Your father, my mother, Lucia”, the song with which he will perform on the stage of the Ariston, is a love song that deals with the theme through the eyes of the authors, now in adulthood, an exciting song characterized by a sound halfway between tradition and experimentation.

Giovanni Truppi is one of the most popular composers and singers of the contemporary independent scene. He has worked, among others with the representative of the list, Calcutta, Niccolò Fabi and Brunori Sas.

In 2015 Giovanni Truppi obtained the prestigious Club Tenco Award, a recognition that is attributed to the best emerging author or performer and that definitely turns the attention on his career already started on stages all over Italy.

Sanremo 2022, Giovanni Truppi tells about love in the absence of the protagonists

In 2021 Truppi arrives in publishing with the book “L’avventura”, published for La nave di Teseo, in which he recounts a trip in a camper made while always keeping the sea in sight. With his demountable top, Truppi and his companions brought music to the Italian coasts in the first summer after the start of the pandemic.

After the debut in Sanremo, “Tutto l’iverso” will be released on February 4th with the Virgin Records / Universal Music label. On the disc, the last unreleased plus fourteen songs from the past.

Giovanni Truppi puts 10 years of music in the whole universe

Truppi has chosen the song by Fabrizio De André “In my hour of freedom” for an evening of the covers in the context of Sanremo 2022. The singer-songwriter will take the stage duet with Vinicio Capossela.

A few days after his debut on the Ligurian stage, Giovanni Truppi reveals the artwork that accompanies the song “Your father, my mother, Lucia” edited by Valerio Bulla who for this edition of the festival has also collaborated with other artists including Rettore and Ditonellapiaga.

There is currently no definite news on Giovanni Truppi’s future after Sanremo. Among the songwriter’s projects, the possibility of releasing a new album within the year and putting on a new tour.