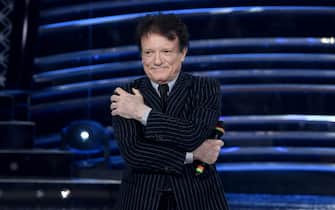 Massimo Ranieri returns to the Ariston stage 25 years after his last participation in the Festival. He sings “Letter from Beyond the Sea”.

The song tells in poetry a journey into the sea that seems infinite and the thrill of being able to see the other shore at the end of the crossing.

Sanremo 2022, Massimo Ranieri with Letter beyond the sea: the text

Massimo Ranieri walked the Festival stage for the first time in 1968: seventh place with the song “Da Bambino”

In 1969 he arrived tenth with the song “When love becomes poetry”.

Sanremo 2022, our report cards after the pre-listening of the songs

In 1992 he returned to Sanremo, winning fifth place with the song “I think of you”.

Still in the race in 1995: he finished fifteenth with the song “La dressing gown”

In 1997 he returned to the big names, finishing ninth with the song “I’ll talk to you about love”.

Ranieri was a guest at the Sanremo 2020 Festival duet with Tiziano Ferro on the notes of “Losing love”, the song he interpreted for the first time in Sanremo 32 years ago.

“I’m going back to Sanremo with a beautiful song, a great Italian song that, at first listen, had the same emotional impact on me as ‘Losing love’. I’m going to compete because as a guest you don’t feel the same adrenaline” he declared the artist, 70 years old.