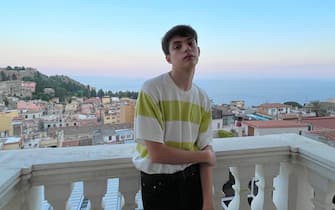 Matteo Romano he is among the 3 very young winners who on December 15th won the podium of the Sanremo Giovani circuit. From Wednesday 2 February, she will be officially competing among the Big Sanremo 2022 with her new single “Viral“.

WATCH THE VIDEO: Matteo Romano, who he is

Matteo Romano got a pass for the great competition of the kermesse by performing for the first time in front of Amadeus and his commission from Sanremo Giovani, with the unpublished “Heads and tails”Which soon conquered the Italian streaming and radio rankings.

Born in Cuneo, Piedmont, in 2002, Matteo Romano began his successful career in the middle of the pandemic. In fact, he attracts the attention of the radio and social media, publishing his own on TikTok his first single entitled “Grant me“.

It is the young singer-songwriter himself who tells more about the birth of the song that led him to success. “Concedimi” is a song that came almost by chance, just when Matteo Romano published a small video excerpt on TikTok in which he tries his hand at the interpretation of the single accompanied by the notes of a piano. Debut video that quickly goes viral, collecting more 3 million likes.

On digital platforms, “Concedimi” exceeds i 3 million plays in less than 15 days and quickly enters the Top 50 Italy ranking of 2020, as well as being certified Gold Record for over 25 thousand copies sold.

Success replicated in March 2021 when Matteo Romano, after officially joining the Universal Music Italy roster, releases his second official single “House of mirrors”, Written by Romano and produced by TOM.

Sanremo 2022, Matteo Romano conquering the Ariston with a love … Viral

Matteo Romano has always cultivated a great one passion for musicin particular for singing, which he also continues to study and perfect in a school.

Attend the last year of classical high school And He plays the pianothe main instrument with which he composes the melodies of his songs.

Matteo Romano lives in a large family. Not only that of his fans who on Instagram are over 55 thousand, while on TikTok there are 362 thousand. The Piedmontese singer-songwriter has indeed two twinsJacopo and Simone.

On the evening of the Sanremo Festival on Friday 4 February, dedicated to covers and duets, Matteo Romano will sing alongside Malika Ayane on the notes of “Your song”, The great success of Elton John.