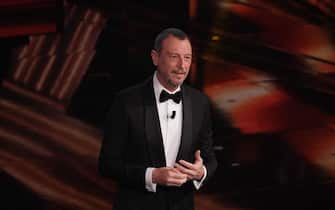 The new edition of the Sanremo Festival, the one registered in 2022, which will be broadcast from next 1 to 5 February. Still running Amadeus, together with a rich cast of 22 Big names of Italian music, to which the 3 winners of the Sanremo Giovani area were added just yesterday, December 15th. Here are all the 25 singers competing in Sanremo 2022 and song titles with which they will go to the Festival.

WATCH THE VIDEO: Sanremo 2022, Amadeus leads for the third time

The first to go up last night, on the stage of the Sanremo Casino for the final of Sanremo Giovani was Emma. The singer, fresh from second place on “X-Factor” and broadcast on Sky with the series “A casa tutti bene” (Gabriele Muccino), will sing on the notes of “It is like this every time”, Trying to snatch the coveted prize for the second time.

After you Massimo Ranieri which will bring to Sanremo 2022 “Letter beyond the sea“.

Sanremo 2022, from Elisa to Gianni Morandi: all the names of the singers in the competition

First share very young who last night presented the title of his Sanremo song was Saint John with “Butterflies“.

In Sanremo 2022 there will certainly be all the personal and artistic verve of Iva Zanicchi who will sing “I want to love you“.

Back for the fourth time in Sanremo, after the great success of the paintings of the past year, Achille Lauro that promises to make everyone sing and excite to the notes of “Sunday”, Accompanied by the warm voices of the Harlem Gospel Choir.

Fiorello will be at the Sanremo Festival 2022, Amadeus: “I couldn’t do it without him”

After winning the “Best Italian Act” award at the last EMAs, Luca Marzano, alias Aka7even. His song is titled “Perfect like this“.

Michele Bravi returns to Sanremo with the song “Flower winter“.

Among the great – indeed very great – names of Italian music who will tread the stage of the next Sanremo, too Gianni Morandi with the song “Open all doors“.

Sanremo 2022, it’s official: there will be no New Proposals category

The queen of summer hits was chosen by Amadeus among the Big of the Sanremo 2022 edition. Ana Mena will sing his “Two hundred thousand hours“.

Currently not present in the studio due to Covid-19, Elisa she connected from home to tell the whole audience tuned for Sanremo Giovani, the title of her song. After the success of “Luce (Tramonti a Nord Est)”, the singer-songwriter from Trieste will perform with “Or maybe it’s you“.

His is among the best-selling Italian albums of 2021 and is now preparing to add another very important piece to “Taxi Driver”. Rkomi will perform in Sanremo with “Unsurpassed“.

An unprecedented couple, but which promises to make us unleash on the Ariston stage and on the sofa at home. From 1 to 5 February 2022 they will also be in Sanremo Ditonellapiaga and Rector with “Chemistry“.

It is perhaps the most anticipated novel of this Sanremo vintage, the one that the bookmakers already give as a possible winner. Mahmood returns to the Sanremo stage together with Blanco. They will duet on the song “Chills“.

Waiting to hear his new single out on Friday 17, “The Oasis of once”, Giusy Ferreri arrived in Sanremo to announce the title with which it will compete in the 2022 edition of the event. Will sing “Honey“.

The inspiration and genius of the Neapolitan singer-songwriter Giovanni Truppi, will also find a place in Sanremo, where he will perform as Big with the song “Your father, my mother, Lucia“.

Back to Sanremo too Fabrizio Moro, after the well deserved victory next to Ermal Meta. The singer-songwriter has unveiled the title of his new song which is called “It is you“.

A Sanremo full of duets and collaborations, a bit like the newfound desire of all of us to be together after the pandemic. Highsnob and Hu they will sing “Take care of yourself“.

After the success of “The genesis of your color”, Irama returns to Sanremo 2022 with “Wherever you will be“.

Among the big names that return for the new edition of the festival also that of de The Representative of List. Veronica and Dario will perform on the notes of “bye Bye“.

Twentieth Big that last night, on the occasion of the final in Sanremo Giovani, walked the stage of the Casino to present the title of his song in the competition, was Noemi with “I love you I don’t know“.

The Milanese rapper Dargen D’Amico is among the Big Sanremo 2022 that will surely amaze the public. Last night he presented the title of his song: “Where do you dance“.

Francesco Sarcina and pop rock de The Vibrations, will compete for the first prize of Sanremo 2022 with the song “Very, very much“.

To complete the cast of 25 singers competing in the next edition of Sanremo 2022, the three very young people chosen for the Sanremo Giovani circuit. It will be Yuman with “Now and here“, Tananai with “Casual sex” And Matteo Roman with “Viral“.