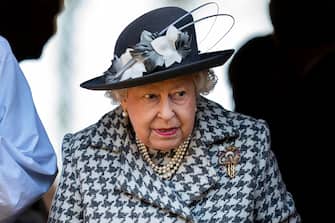 When the Queen Elizabeth II she died, on September 8, web searches on the sovereign they had a surge, all over the world, as shown by the data collected on Google Trends analyzed by You & Web. In addition, after the date of the Queen’s death, engine searches relating to her person, her demise, her reign and in general using all the keys related to her, have shown that the Queen has appeared almost everywhere, often among the first launches, among the in-depth articles and among the articles linked and sponsored on social networks

Again according to the analysis of You & Web, in the United Kingdom, but above all in the rest of the world, public opinion was divided as early as 9 September, with a 30-35% of users that he did not understand the condolences for Elizabeth II. Among the most recurrent reasons: disagreement with the monarchical institution, opposition to historical acts carried out by Elizabeth II, alleged involvement of the queen in the death of Lady Diana and distancing from a non-Italian sovereign

THE SPECIAL OF SKY TG24: GOODBYE TO THE QUEEN

If on one hand interest waned over the course of 10-12 following days on the Queen’s death, on the other hand a more attentive audience brought the focus on others topics related to her. And users don’t seem to like it very much, specifically, two points

The first is the one related to secrecy of the will of Elizabeth II. It is known that i Crown Jewels they went to his son, King Charles III, who will be able to dispose of them as he sees fit. On the web there is greater resentment for wealth concentrated in the hands of one person. The will will not be disclosed and this has not met with positive reactions in the audience

The legacy of Queen Elizabeth, the indiscretions of the tabloids: “Harry excluded from everything”

The second point and the no obligation to declare the amount of the royal inheritance: the patrimony of the rulers must not be declared and it is logical to assume that King Charles III will not. This does not find positive feedback: 80% do not like this secrecy. Of these, only about 10% come to conspiracy theories


Elizabeth, Charles is the new King. The Windsor line of succession

If you look specifically at Italy, as an interest in the death of the sovereign and the events related to Elizabeth II, among the regions first of all there is the Sicily, which stands out in its entirety. Then follows the Northern Italy, with Emilia Romagna and Lombardy

Queen Elizabeth, unedited photo of the sovereign on the moor on Instagram

People are also wondering what will happen from now on, with the new ruler. Skepticism is very high and settles at around 90%. The search key King Charles III he presented a peak two days after the death of Elizabeth II, when the name of the new king was officially announced. But the amount of research is not comparable and the popularity around this figure would turn out to be very low

King Charles III, the first commitments of the sovereign after the week of mourning in Balmoral