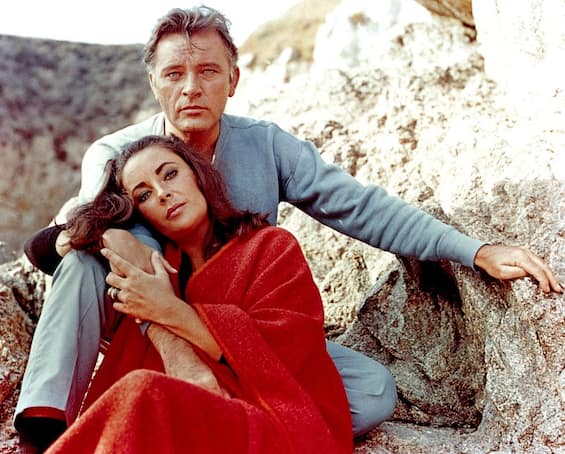 : Sign up for our newsletter to stay updated on world news

Richard Burton and Liz Taylor they formed one of the most iconic Hollywood couples of the golden years and, even today, the fascination that their union exercised on the public remains intact. Suffice it to say that the photo taken of the couple while frolicking on the roof of a motorboat in Ischia on June 8, 1962, during the filming of Cleopatra, has become an NFT sixty years later, which went up for auction for important figures. However, not all the films that the two stars shot together turned out to be instant successes and an example in this sense is represented by The cliff of desires. The story of this unfortunate blockbuster shot in Sardinia is told by Sergio Naitza in his latest documentary, just presented at the Rome Film Fest: Joe, Liz and Richard’s summer.

When Liz Taylor is offered to play Mrs. Goforth in The cliff of desires it is already June 1967. As it turns out in Naitza’s film, the role has already been rejected by other stars such as Katharine Hepburn and Ingrid Bergman, who, however, find themselves in a very different moment in their career from that of their colleague. Taylor is 35 years old and knows she has to comfort herself with an ambitious, arthouse film if she is to continue “staying on the right track”. The film directed by Joseph Losey in this sense it seems perfect to her, also because it was written by the legendary playwright Tennesee Williams starting from his own play. Just the author of Un tram called desire however, he does not immediately prove to be among the most enthusiastic about the choice, above all because the diva is much younger than the elderly woman he originally imagined. As if that weren’t enough, doubts soon also affect the male protagonist, who Taylor expects her to be her husband Richard Burton. The latter is certainly a great actor but appears radically different from the Chris Flanders / Angel of Death brought on stage by Williams: he is a man of forty, fascinating but who emanates a certainty out of context. It is quite the opposite of the young man of wild and poetic beauty who was taken as a reference when the script was written down. Director Joseph Losey is aware of these differences but, in the end, decides not to miss the opportunity to work with the most important couple of stars at the time. On the other hand, the budget is very high and the premises, regardless of fidelity to the original text, seem to be the best.

It is decided to set The cliff of desires in Italy, more precisely in Capo Caccia, in the Alghero area. The main location of the film will be a newly opened luxurious hotel, which is located directly on the cliff of the title and which, ironically, will then be destroyed by a natural disaster. In this remote corner of the Sardinian coast, in the middle of an almost untouched paradise, the Hollywood car with all its sequins arrives overnight. The film goes into production and, one step away from 1968, ends up becoming more and more the testament of an aristocratic, opulent and bourgeois world that will soon be swept away. Reality and fiction are confused to the point that Elizabeth Taylor ends up interpreting almost a caricature of herself, showing on stage the precious jewels specially ordered by Bulgarians and the sumptuous dresses created for the occasion by Karl Lagerfeld. The actress and Burton live on their yacht, the Kalizma, which is now their “houseboat” when they travel the world. They even have a personal chef on board, Jacques Durussel, who is consulted in Joe, Liz and Richard’s summer becoming an integral part of a docufilm where the story of lavish lunches is also striking, often shared with the whole crew without class divisions.

Sergio Naitza also interviews many of the people from Alghero who found themselves working in the film with the most varied tasks, obtaining an account of a mythical era in which working on such a production also meant “earning money never seen again”. With this documentary Naitza takes another step in the path that he has undertaken for some time and that, through films but also books, wants to tell the centrality of Sardinia in the history of cinema. The setting certainly played an important role in The cliff of desires, so much so that the rumble of the waves on the island even inspired the original title of the film: Boom!an onomatopoeia that was then made fun of by many but also fascinated some unsuspected fans.

A film that nobody liked

In the documentary, one of the few who appreciated this film and its funny title with the final exclamation mark from day one is also interviewed: John Waters. The king of trash immediately loved the film unconditionally, which however proved to be an epochal flop destined to be re-evaluated only many years later. Few at the time understood that, behind the story of that opulent wealth, there was in reality a harsh criticism of a certain pushed capitalism. But maybe it had to be like this. On the other hand, a film that was called Boom! could only do “the bang”.